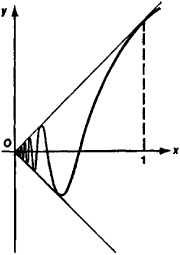 Feedback
Flashcards & Bookmarks ?
Please log in or register to use Flashcards and Bookmarks. You can also log in with
Flashcards ?
My bookmarks ?
+ Add current page to bookmarks
Mentioned in ?
References in classic literature ?
Agitation of spirit kept me awake for many long hours; but at length I again slumbered.
I now lay upon my back, and at full length, on a species of low framework of wood.
Wearied at length with observing its dull movement, I turned my eyes upon the other objects in the cell.
View in context
At length the King, recovering from his astonishment at recognising the brother who had been lost some years before, exclaimed, 'Yes, you are indeed my brother, and now that I have found you, take the throne to which I have no longer a right.' So saying, he respectfully kissed the Prince's hand.
View in context
I mean that when you see a Woman, you ought -- besides inferring her breadth -- to see her length, and to SEE what we call her HEIGHT; although that last Dimension is infinitesimal in your country.
When we in Flatland see a Line, we see length and BRIGHTNESS.
View in context
At length, one of the men, more exhausted than the rest, threw himself upon the grass, and declared he could go no further.
View in context
Disease crept over both mind and body, he was tortured by pain, and when at length the pain left him he sank into torpor.
View in context
I succeeded so well in this endeavor that, in a few days, the creature bestowed upon me various tokens of his favor, and in the end even went to the trouble of teaching me the rudiments of what it was vain enough to denominate its language; so that, at length, I was enabled to converse with it readily, and came to make it comprehend the ardent desire I had of seeing the world.
"'The beast,' continued Sinbad to the caliph, 'swam, as I have related, up hill and down hill until, at length, we arrived at an island, many hundreds of miles in circumference, but which, nevertheless, had been built in the middle of the sea by a colony of little things like caterpillars'"
View in context
I took a step, and lo, away it scud with an elastic spring over the snow-crust, straightening its body and its limbs into graceful length, and soon put the forest between me and itself -- the wild free venison, asserting its vigor and the dignity of Nature.
View in context
On the following day the search was resumed, and the poor fellow was at length discovered lying beneath a group of rocks, his legs swollen, his feet torn and bloody from walking through bushes and briars, and himself half- dead with cold, hunger, and fatigue.
View in context