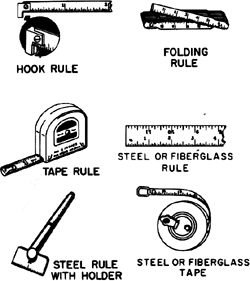 Feedback
Flashcards & Bookmarks ?
Please log in or register to use Flashcards and Bookmarks. You can also log in with
Flashcards ?
My bookmarks ?
+ Add current page to bookmarks
Mentioned in ?
References in periodicals archive ?
To fill the gaps and shortcomings of the M'Naghten rule, in
MOTUS ANIMI IN MENTE INSANA: AN EMOTION-ORIENTED PARADIGM OF LEGAL INSANITY INFORMED BY THE NEUROSCIENCE OF MORAL JUDGMENTS AND DECISION-MAKING
3182, 3404-10 (discussing the reasons for eliminating the volitional prong of the cognitive-volitional test, as reflected in the Model Penal Code insanity defense, and returning to the a pure cognitive test, as reflected in the M'Naghten Rule).
Solving the mystery of insanity law: zealous representation of mentally ill servicemembers
Dissatisfied with the M'Naghten rule, the court in Durham announced that "an accused is not criminally responsible if his unlawful act was the product of a mental disease or defect." Id.
From fear to rage: black rage as a natural progression from and functional equivalent of battered woman syndrome
The first was a standard M'Naghten rule. The second
The uneasy entente between legal insanity and mens rea: beyond Clark v. Arizona
(36) Under the M'Naghten rule, the courts charged the jury as if no such mental disease could exist to destroy a person's power of self-control, and that the only way a defendant could be found guilty was if he retained a mental consciousness of right and wrong.
Criminal insanity and mens rea: a discussion of Alabama insanity law and the role of psychiatrists in determining criminal insanity
Indeed, the first woman who attempted to use a postpartum psychosis defense in the United States was acquitted in 1951 based upon the M'Naghten rule. (264) In People v.
Beyond accommodation: reconstructing the insanity defense to provide an adequate remedy for postpartum psychotic women
Critics of the M'Naghten rule argued that the rule was too restrictive because it failed to recognize degrees of incapacity and focused solely on cognitive disability, disregarding mental illnesses that affect volition.
Villain or victim? Myths, gender, and the insanity defense
The M'Naghten rules has been criticized because it is only a cognitive standard and does not have a volitional arm.
Forensic mental health: criminal justice's second revolving door
The M'Naghten Rules were formulated by I5 judges of the Queen's Bench in response to five questions put to them by the House of Lords when they were called to appear to defend the controversial M'Naghten decision.
'In a kind of mad way': a historical perspective on evidence and proof of mental incapacity
The M'Naghten Rules, with their focus on delusions understood as wrong beliefs, clearly reflected contemporary psychiatric preoccupations, but transformed the psychiatric foci into distinctly legal constructs widely perceived by psychiatrists to be at odds with the fundamentals of psychiatric understanding (see Teubner, 1989:748-9; see also Forshaw and Rollin 1990:75-101).
Canadian infanticide legislation, 1948 and 1955: reflections on the medicalization/autopoiesis debate
The statistics cited above suggest that although insanity pleas were ostensibly evaluated according to the objective criteria known as the M'Naghten Rules, the insanity acquittal was gendered, and subjective notions of appropriate male and female behaviour dictated how jurors would respond to insanity pleas.
"Some mysterious agency": Women, Violent Crime, and the Insanity Acquittal in the Victorian Courtroom
The act also seeks to make it more difficult for an accused person to establish an insanity defense, by repealing the American Law Institute's modern standard for determining insanity and restoring the nineteenth-century "M'Naghten Rules.' Also repealed were sentencing provisions for youthful and young adult defendants that had allowed for special rehabilitative treatment for those under 26.
Comprehensive Crime Control: a Democratic retreat