(1934–  ) movie actress, author; born in Richmond, Va. (sister of Warren Beatty). Having begun studying ballet at age two, she left for New York after graduating from high school; her first Broadway experience was in the chorus line of Me and Juliet (1953). Understudy to Carol Haney in The Pajama Game (1954), she replaced the injured Haney after the third performance and was almost immediately signed up by Hollywood, making her screen debut in The Trouble with Harry (1955). She proved to be a versatile actress in movies ranging from musicals such as Irma La Douce (1963) to sentimental dramas such as Terms of Endearment (1983), for which she won an Oscar as best actress. She led an equally varied career offscreen as an activist for liberal causes, leader of the first American women's delegation to China (which resulted in her documentary, The Other Half of the Sky: A China Memoir, 1975), a tireless tourer in her one-woman variety shows, and author of several best-sellers. She was also the butt of much teasing for her professed belief in reincarnation.
The Cambridge Dictionary of American Biography, by John S. Bowman. Copyright © Cambridge University Press 1995. Reproduced with permission.

Shirley MacLaine, dancer, actress, author, and outspoken leader in the New Age movement, was born April 24, 1934, in Richmond, Virginia. She is the sister of actor Warren Beatty. Her entertainment career began with ballet classes, which she began to help strengthen her weak ankles.

Following her junior year in high school, MacLaine went to New York and won a part in the chorus of the Broadway musical Oklahoma. The several months in the show cemented her desire to go into show business. After completing high school she returned to New York. Her bigbreak came when, as understudy to Carol Haney, she played the lead in The Pajama Game. In 1955 she received her first role in a film, The Trouble with Harry, directed by Alfred Hitchcock.

From that point MacLaine’s career was on an upward trajectory. A mere five years later she received her first Academy Award nomination for Some Came Running. She was subsequently nominated for The Apartment (1961), Irma la Douce (1964), and The Turning Point (1978). She finally won for Terms of Endearment in 1984.

In the 1960s MacLaine also emerged as a political activist. She opposed American involvement in Vietnam and supported efforts for women’s rights and civil rights. As an active Democrat she supported the nomination of George McGovern. She has continued to be attentive to various social and political concerns.

In the late 1970s she made a move further away from her Southern Baptist childhood and began an active exploration of psychic phenomena and Spiritualism in the emerging New Age movement. She had written two autobiographical books, Don’t Fall off the Mountain (1970) and You Can Get There from Here (1975), and in her third book, Out on a Limb (1983), she began to reveal her new spirituality. The New Age media reviewed the book favorably, and her celebrity status rose significantly.

The made-for-television movie version of Out on a Limb, aired in the fall of 1987, marked MacLaine’s transition from New Age aficionado to leadership. The movie showed her encounters with several mediums and reviewed some of the events, such as an out-of-body trip from a hot tub in Peru, that solidified her faith in the New Age. That same year she held the first of what she called Higher Life Seminars, in which she presented what she had learned through her years of exploration. She also wrote several sequels to Out on a Limb and produced a video tape, Shirley MacLaine’s Inner Workout (1989).

With money from her seminars, MacLaine purchased 180 acres in Baca, a subdivision south of Crestone, Colorado, where a large number of New Age and Eastern religious centers are located. MacLaine announced her intention to build a large alternative-healing center on her land, but local citizens blocked her plans, fearing the town would become even more overrun with tourists.

Through the 1990s to the present, MacLaine has continued her acting career, her political involvement, and her New Age life. She currently has an Internet site, http://www.shirleymaclaine.com/, that focuses on her spiritual concerns. Those who are attached to her spiritual vision have been organized into Independent Expression (IE), an Internet community described as an “ever-expanding circle of friends that gather on line to share experiences and explore ideas with the goal of finding our own truth.” MacLaine writes a monthly ShirleyGram for the IE community. In May 2004 she accepted the invitation of the New York College of Health Professionals, a holistic health educational facility, to address the graduating class on the subject of alternative medicine, at which time she was given an honorary doctorate. 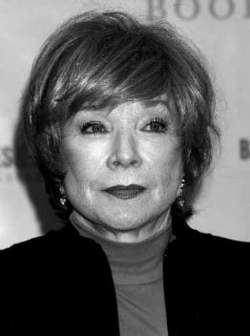 Famed actress Shirley MacLaine risked public ridicule by describing her experiences and theories concerning out-of-body travel and reincarnation in her book, Out on a Limb. AP/WideWorld Photos.

Shirley MacLean Beaty was born in Richmond, Virginia, on April 24, 1934. Her father, a professor at Johns Hopkins and amateur violinst, was Ira Owens Beaty. Her mother, a drama teacher, was Kathlyn MacLean Beaty. Her brother is the actor Warren Beatty.

Having weak ankles, MacLaine was enrolled in ballet classes, which increased her improved strength and love of dancing. After her junior year in Washington-Lee High School, she moved to New York with dreams of becoming a Broadway actress. Her first part was in the chorus of Oklahoma. She eventually became an understudy to Carol Haney in The Pajama Game. When Haney became indisposed, MacLaine took over, was noticed by Hollywood director/producer Hal. B. Wallis, and went to work for Paramount Pictures.

In 1954, MacLaine married aspiring producer Steve Parker. They had a daughter, Sachi, and lived an estranged marriage for many years, finally divorcing in 1987. During the 1960s, she traveled to Egypt, Africa, Calcutta, Indonesia, and the Himalayas, meeting with various leaders and healers in her search for truth. Today she lives what she describes as “a rich spiritual life,” every morning performing an hour’s xigong (“cultivation of the life force”), and arranging house and garden by way of feng shui.

From early in her life MacLaine believed that we create our own reality. He father expanded her horizons with his knowledge of psychology and philosophy, instilling in her a strong work ethic. But she felt that her father never really took her seriously until she began writing books in the 1970s. He shared her interest in metaphysics. She explored reincarnation and channeling, even giving seminars in these at one time. She said that she stopped this because “I don’t want to be anybody’s guru.” She added, “I’m still trying to find out who I am. I don’t know if I ever will, but the journey is the discovery.” She once said that “acting is an extremely metaphysical experience because you’re creating your own reality every day.”

In her bestselling books Dancing In the Light and Out on a Limb, MacLaine describes how her life has been changed through contact with mediums and channelers. She writes, “I found myself gently but firmly exposed to dimensions of time and space that heretofore, for me, belonged in science fiction or what I would describe as the occult. But it happened to me … What I learned as a result has enabled me to get on with my life as an almost transformed human being.” She refers to channeler Kevin Ryerson as “one of the (human) telephones in my life.”