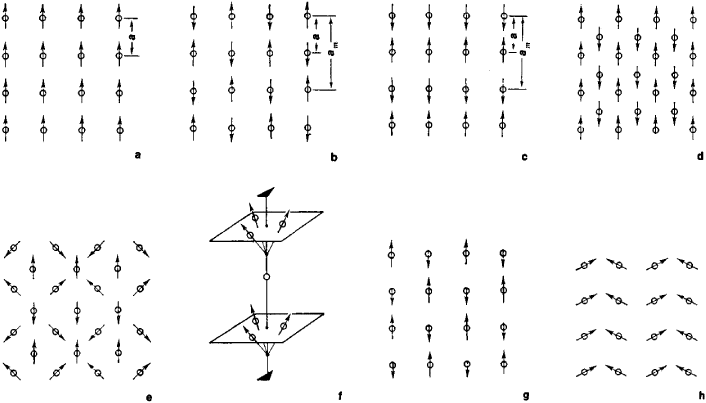 triangular, and so on (Figure 1, e and 1, 0—are sometimes achieved. 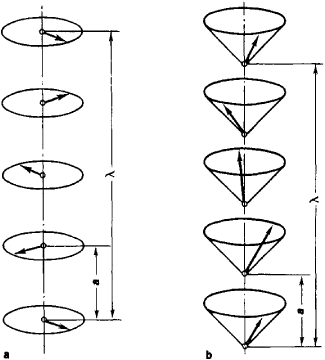 Feedback
Flashcards & Bookmarks ?
Please log in or register to use Flashcards and Bookmarks. You can also log in with
Flashcards ?
My bookmarks ?
+ Add current page to bookmarks
Mentioned in ?
References in periodicals archive ?
Although they are also particularly attractive to researchers due to their high magnetocrystalline anisotropy, high saturation magnetization and unique magnetic structure needs to be reworded [16].
Microwave Absorbing Properties of Polyaniline-NiFe2O4: V composites
In a study [7] of the magnetotransport properties of quasi-ordered [Fe.sub.100-x][Al.sub.x] alloys, x = 30-35 at.%, the anomalies in the behavior of the transverse magnetoresistance and the Hall constant were explained based on the model of an inhomogeneous magnetic structure. In this context, the quasi-ordered Fe-Al alloys with an Al content from 25 to 40 at.% are of interest as model objects for studying the origin and stabilization of magnetic inhomogeneities in structurally homogeneous magnets, in particular incommensurate long-period spin structures.
Magnetic Phase Separation and Magnetic Moment Alignment in Ordered Alloys [FE.sub.65][Al.sub.35-x][M.sub.x] ([M.sub.x] = Ga, B; x = 0; 5 at.%)
Forsyth, "Antiferromagnetism in Mn5Si3: The magnetic structure of the AF2 phase at 70 K," Journal of Physics: Condensed Matter, vol.
Morphology Evolution of Mn-Si Composition Gradient Micro/Nanomaterials Prepared by Oxygen Assisted Chemical Vapor Deposition
Figure 2 shows three novel concepts of rotor magnetic structure topologies for the ECPMS machine with a unique multiple flux-barrier arrangement and the different quantities of PM material.
Influence of magnet and flux-barrier arrangement on flux control characteristics of hybrid excited ECPMS-machine
The process involves generating an even plasma distribution to produce a glow discharge of ionized carbon atoms at a desired rate that controls the continuous growth of a graphene film suspended over an alternating polarity magnetic structure having a sufficient gradient to float graphene in a stable manner.
Cedar Ridge Research Receives Pioneer Patent for Free-Floating Graphene Production Technology
This force, arising from the transfer of angular momentum from the conduction electrons to the local magnetic structure (cf.
Schrodinger equation for a half spin electron in a time dependent magnetic field
"So something in its magnetic structure has that information."
Embedded encoder
It suggests that the magnetic structure of the Sichuan Basin is relatively stable from the basement to the ground surface.
Distribution of the crustal magnetic field in Sichuan-Yunnan region, Southwest China
If the Fe layers have an antiparallel magnetic structure, both up- and downspin electrons soon meet an Fe layer having a magnetization in the opposite direction (within two Fe layers' distance), so the probability of scattering is high for both types of electrons.
Artificial multilayers and nanomagnetic materials
DYL/RUN embarked on an iterative process of reviewing and interpreting RUN's extensive airborne geophysical data to determine if a 'fingerprint' of the INCA deposit could be identified in the complex magnetic structure at INCA.
Deep Yellow Limited (ASX:DYL) Intercepts High-Grade Uranium Mineralisation At First Of Ten New Inca-Type Targets In Namibia
They discuss fabrication methods, mechanical properties, amorphous microwires and their magnetic properties, microwires that are not magnetically soft, the effect of magnetic structure on the frequency dependence of coercivity, and applications such as magnetic and thermal sensors.
Magnetic properties and applications of ferromagnetic microwires with amorpheous and nanocrystalline structure