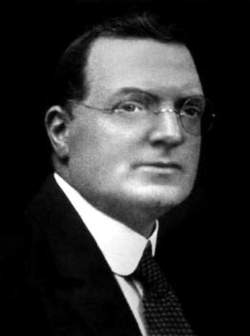 At the age of thirty, James Hewat McKenzie started the study of psychic and paranormal phenomena. This study was inspired by his dissatisfaction with science and theology in throwing any light on humankind’s destiny. He studied and investigated for many years and presented a series of lectures in London, Edinburgh and Glasgow in 1915. The following year he published Spirit Intercourse: Its Theory and Practice and the pamphlet If a Soldier Dies, which received very wide circulation.

McKenzie toured America in 1917 and again in 1920, searching for good mediums. In 1920, he founded the British College of Psychic Science, funding it himself. Sir Arthur Conan Doyle commented, “the Psychic College, an institution founded by the self-sacrificing work of Mr. and Mrs. Hewat McKenzie, has amply shown that a stern regard for truth and for the necessary evidential requirements are not incompatible with a human treatment of mediums, and a generally sympathetic attitude towards the Spiritualistic point of view.” Psychic Science, the college quarterly magazine, began in 1922. That same year McKenzie and his wife Barbara visited Germany, Poland, and Austria, investigating mediums and psychics along the way.

McKenzie was especially interested in physical mediumship and also did detailed investigating of Gladys Osborne Leonard and Eileen Garrett. His work greatly advanced the knowledge of psychical matters. On his death in 1929, his wife took over the presidency of the college, and was then succeeded in 1930 by Mrs. Champion de Crespigny.