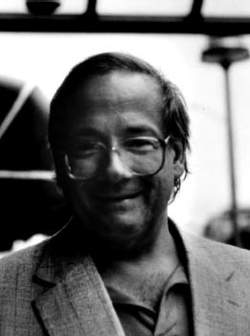 Dr. Raymond Moody coined the term “near death experience,” or NDE, in his 1975 book Life after Life. His book gave respectability to what previously had been nothing but anecdotes. He identified such main components of NDE as a sense of being dead, peace and painlessness, an out of body experience (OBE), a journey down a tunnel toward a light, meeting deceased loved ones, meeting an ultimate being of light, going through a life review, and not wanting to return from the dead but doing so. Moody observed that in Plato’s work there is a scene called “The Myth of Urr,” which is the story of a soldier who returns from the dead with stories remarkably similar to those told by people who have undergone the near death experience.

Moody was a young philosophy student when he heard from Dr. George Ritchie the story of Ritchie’s apparent death and then return to life. Ritchie had been pronounced dead in Abilene, Texas, in 1943, but had returned to consciousness and was able to relate a variety of experiences while in the “death” state. Moody was so struck by Ritchie’s story that he decided to seek out other such stories. Talking with a wide variety of people he found that all the stories were consistent in certain areas. Moody wrote his book working from 150 such cases. Two years later, he supplemented it with a second book titled Reflection on Life after Death, including hundreds more cases. These books prompted other doctors and scientists to look more closely at such episodes.

Moody came from a Presbyterian family, though his parents never tried to impose their religious beliefs on their children. In fact, Moody became a Methodist. He was born in 1944, in Porterdale, Georgia, on the day that his father disembarked for World War II. Moody attended graduate school in philosophy at the University of Virginia and received his Ph.D. in 1969. After teaching philosophy for three years at East Carolina University, he decided to go to medical school; he thought of becoming a psychiatrist. He received his M.D. from the Medical College of Georgia in 1976, and served his residency at the University of Virginia Medical School. In 1988, he received the World Humanitarian Award in Denmark. He won a bronze medal in the Human Relations category at the New York Film Festival for the movie version of Life After Life. He has appeared on a large number of television talk shows.

The John Dee Memorial Theater of the Mind is located at a farm owned by Moody in Alabama. The theater was named in honor of the Elizabethan scholar, Dr. John Dee, who made frequent use of a crystal ball for scrying. In Moody’s theater is a mirrored room where people could go to mirror-gaze and contact spirits of deceased loved ones. The mirror is in a soundproof room lined with black velvet. There is a single chair and a stained glass lamp that is hidden from direct view. The large mirror is attached to one wall in such a way that the viewer cannot see him or herself. In his book Reunions, Moody said, “I have directly observed more than three hundred individuals as they were mirror-gazing, and afterward interviewed them about the experience.” Most of these people spent two to three hours alone in the room and a large percentage claimed to have seen and even talked with the spirit(s) of the deceased.

Moody and his first wife Louise had two sons. They divorced and Moody had a brief second marriage. He and his current wife Cheryl have an adopted son. Now living in Las Vegas, Moody still owns the Alabama farm, though the Theater of the Mind is temporarily closed.