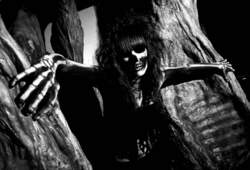 Nightmares are the sleeping mind’s expression of feelings of vulnerability. More disturbing or frequent nightmares may indicate a more serious problem caused by emotional trauma.

Although nightmares were studied long before the era of modern sleep research, much has been learned about them since the discovery of the rapid eye movement (REM) cycle—the state of sleep during which the most vivid dreams occur. In the REM cycle, the dreamer is unable to move because all motor control is shut off. Subsequently, the mind may create a horrifying nightmare about the dreamer’s being paralyzed and unable to escape.

Researchers disagree about the age at which a child begins to experience nightmares. Some say that children aren’t affected by them until about the age of five, while others contend that one-year-olds can have them. Perhaps nightmares begin as soon as a child begins to experience fear and anxiety (e.g., seeing and hearing the child’s parents fighting or being injured in some manner). Children have more trouble with their nightmares than adults, largely because they are limited in their ability to articulate what has horrified them, so they never get to know that the monsters and goblins that chased and almost ate them were not real. Researchers suggest that when children approach the age of six or seven, their ability to communicate and the comfort they receive enable them to accept nightmares as “just a bad dream.”

Each and every moment, every experience of a small child’s development is internalized. Their feelings of anxiety as they gaze at the faces of unfamiliar people, the threatening images of animals they encounter, as well as the shapes and sounds of their daily exploration of the world often embellish themselves as nightmares during the night.

Adult nightmares are similar to children’s in that they engender a sense of vulnerability. The types and sources of anxieties may change, but feelings of helplessness and insecurity affect people of all ages. Psychiatrist John E. Mack explains the difference in the nature of children’s and adults’ nightmares this way:

Nightmares occur in response to the characteristic danger situations that human beings confront in the fear of strangers and the dread of abandonment in infancy and the fear of bodily injury in early childhood, and ending with the fears of failure, death and loss of function in adulthood and old age…. Nightmares may become the prototypic expression of the activities that characterize each stage of development. (p. 331—see Sources)

People who suffer from chronic nightmares tend to be extremely sensitive and impressionable individuals.

Feedback
Flashcards & Bookmarks ?
Please log in or register to use Flashcards and Bookmarks. You can also log in with
Flashcards ?
My bookmarks ?
+ Add current page to bookmarks
Mentioned in ?
References in classic literature ?
This was simple and clear, and yet, with cruel inconsistency, whenever he escaped from this nightmare it was to suffer and cry out at the vision of Ona starving.
View in context
'I had the misfortune to scream in my sleep, owing to a frightful nightmare. I'm sorry I disturbed you.'
There was such anguish in the gush of grief that accompanied this raving, that my compassion made me overlook its folly, and I drew off, half angry to have listened at all, and vexed at having related my ridiculous nightmare, since it produced that agony; though WHY was beyond my comprehension.
View in context
Slowly the sparkle point of consciousness and identity that was John Tarwater sank, deeper and deeper, into the profounds of his being that had been compounded ere man was man, and while he was becoming man, when he, first of all animals, regarded himself with an introspective eye and laid the beginnings of morality in foundations of nightmare peopled by the monsters of his own ethic- thwarted desires.
And here, in the unforgetable crypts of man's unwritten history, unthinkable and unrealizable, like passages of nightmare or impossible adventures of lunacy, he encountered the monsters created of man's first morality that ever since have vexed him into the spinning of fantasies to elude them or do battle with them.
View in context
Rid myself of that nightmare? But, my poor boy, I was not caught in the nightmare until the day when I learned the truth!...Pity me, Raoul, pity me!...You remember the terrible evening when Carlotta thought that she had been turned into a toad on the stage and when the house was suddenly plunged in darkness through the chandelier crashing to the floor?
"Yes, if I lived to be a hundred, I should always hear the superhuman cry of grief and rage which he uttered when the terrible sight appeared before my eyes....Raoul, you have seen death's heads, when they have been dried and withered by the centuries, and, perhaps, if you were not the victim of a nightmare, you saw HIS death's head at Perros.
View in context
After he had gone the women sat about and moaned and wailed until Jane thought that she should go mad; but, knowing that they were doing it all out of the kindness of their hearts, she endured the frightful waking nightmare of those awful hours in dumb and patient suffering.
View in context
For example, on May 21, NightWare Inc., a Minneapolis-based startup that develops digital therapeutics for mental health, received FDA Breakthrough Status for its NightWare product, which measures and treats nightmares for sufferers of post-traumatic stress disorder (PTSD).
A Breakthrough for the Nightmarish Effects of PTSD
Healthcare startup NightWare, Inc reported on Tuesday the receipt of the US Food and Drug Administration (FDA) breakthrough status designation for its lead product NightWare that measures and treats nightmares in people with Post-Traumatic Stress Disorder (PTSD).
NightWare awarded US FDA breakthrough status for NightWare for Post-Traumatic Stress Disorder (PTSD)
MOST people experience nightmares from time to time.
How to break free from the grip of terrifying nightmares; MIND OVER MATTER
[USA], Dec 22 (ANI): Turns out, nightmares are an indicator of mental health problems, such as anxiety, post-traumatic stress disorder and depression.
What do nightmares tell us about our health?