Nostradamus (nŏsˌtrədāˈməs), 1503–66, French astrologer and physician, whose real name was Michel de Nostredame. He is reputed to have effected remarkable cures during outbreaks of the plague in S France. His rhymed prophecies under the title Centuries (1555) gained him the favor of the French court. Obscure and symbolic, the predictions have been subject to many interpretations. 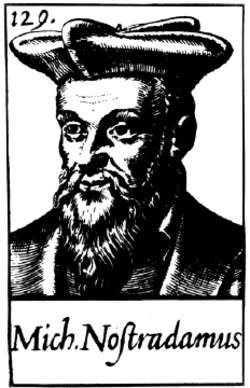 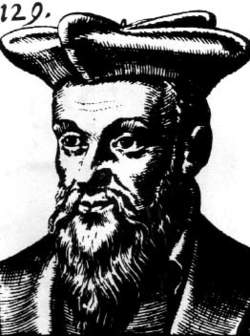