The basic element of an optical frequency standard is a gas laser (2 in Figure 1) operating under special conditions. These conditions allow an extremely narrow peak fixing the position of the line maximum, v0 (the central frequency of the transition), to be separated out from a relatively broad spectral line. Because of the Doppler effect a spectral line of a gas in the optical region has a fine structure. It consists of shifted lines of uniform width radiated by individual atoms (Figure 2). This structure is not evident in weak light fields. But in strong fields selective absorption of energy by particles having a certain velocity occurs. As a result, narrow dips—radiation power minima—with a width Γ equal to the so-called homogeneous line width (Figure 3) are

“burned out” in the profile of the spectral line. Since in a laser resonator two waves traveling in opposite directions are being propagated, each wave experiences resonance absorption by its “own” group of atoms, and the two groups differ in the sign of the projection of their velocity on the axis of the resonator: ±k, where k = c(v — v0)/v0. Two dips are therefore burned out in the spectral line. The two traveling waves are absorbed by the same particles and the two dips merge into one only if the laser generation is excited at the resonator frequency corresponding to the peak v0 of the spectral line (Figure 4).

Figure 3. “Burning out” of dips in the spectral line profile

This effect, which was discovered in 1962–63 by the American scientists W. E. Lamb and W. R. Bennett, enabled scientists to adopt as a frequency reference point a laser generation frequency “tied” to the quantum transition frequency v0 not through the Doppler width (2 in Figure 2) but through the homogeneous width Γ of the line, with a resulting accuracy of approximately 10-10-10-11. This accuracy, however, would not have been attained if the effect of shifts of the spectral line because of collisions of the gas particles had not been reduced. Such a reduction is produced by lowering the pressure. A cell containing an absorbing gas (3 in Figure 1) is incorporated into the laser resonator for this purpose. If upon a change in the generation frequency a power minimum appears at the center of the spectral line

Figure 4. Merger of the two dips into one

of the radiation (Figure 4), then the same effect leads in the center of the absorption line to a power maximum with the same homogeneous width Γ (Figure 5,a). This frequency is stable because of the low pressure in the absorption cell—10-3 mm of mercury, or 0.13 newton per sq m. An optical frequency standard constructed with a helium-neon amplifying cell and a methane absorption cell, where λ = 3.39 microns, has γ = 300–500 kilohertz and a relative frequency stability of approximately 10-13. This means that a frequency of about 1014 hertz (Hz) is maintained with an accuracy of up to 10 Hz.

Further progress in the development of optical frequency standards depends on the possibility of isolating a still narrower line that fixes the frequencies of the quantum transitions in a range several orders of magnitude narrower than the homogeneous line width Γ. This can be accomplished with a laser with a ring resonator that operates either in single-wave mode or in a two-wave mode (Figure 6). Here the radiated power of the laser is redistributed among waves of different types as a result of the effects of spectral “burnout” of the line, spatial “burnout” of the

Figure 5. (a) The appearance of a power minimum in the center of the radiation line accompanied by the appearance of a power maximum in the center of the absorption line, (b) Oscillogram of the intensity of traveling waves of a helium-neon laser with a methane absorption cell as a function of the frequency of generation; power peaks arise at the central frequency of the spectral line of methane for both waves.

medium, and phase interaction at frequencies close to the central transition frequency. As a result, narrow resonance peaks appear that can be several orders of magnitude narrower and better defined than the power peaks of a linear laser. The reproducibility of the frequency of a ring laser with a methane absorption cell is the same as that of a linear laser. Other methods of laser frequency stabilization exist as well. 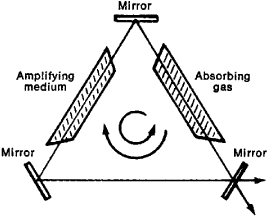 Figure 6. Schematic of an optical frequency standard based on a laser with a ring resonator

Feedback
Flashcards & Bookmarks ?
Please log in or register to use Flashcards and Bookmarks. You can also log in with
Flashcards ?
My bookmarks ?
+ Add current page to bookmarks
Mentioned in ?
References in periodicals archive ?
There are a variety of ions and trap configurations that have been used, but this discussion is limited to work done at NIST on [[blank].sup.199][Hg.sup.+] ions stored in a linear rf trap to produce a microwave frequency standard and in a similar linear trap to produce an optical frequency standard.
Primary atomic frequency standards at NIST
Key words: atomic polarizabilities; electric quadrupole interaction; mercury ion; optical frequency standards; Stark shift; Zeeman shift.
External-Field Shifts of the [[blank].sup.199][Hg.sup.+] Optical Frequency Standard