the artificial suppression of oscillations in mechanical, electrical, and other systems. It may be produced by an increase in attenuation; to this end dampers, such as pistons moving in a viscous medium, are installed in the system. Damping reduces the amplitude of the oscillations in the system, and if the quality factor of an oscillatory system is reduced to a value of 0.5, the oscillatory motion becomes aperiodic. 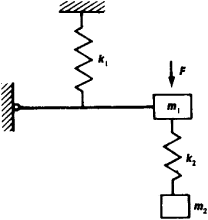 Figure 1. Diagram of oscillation damping in a mechanical system

Another method of oscillation damping consists in suppressing oscillations of a specified frequency ω by means of an auxiliary oscillatory system tuned to this frequency and developing a force equal to the value of the force that produces the oscillation but opposite in direction. Thus, in a mechanical oscillating system (Figure 1) that consists of a mass m1 and a spring k1 that is acted upon by an external force F = F0cos ω, damping is produced by a damper consisting of a mass m2 that oscillated on a spring k2. When

, the oscillations are damped, and the mass m1 does not oscillate because at this frequency natural oscillations take place in the system k2m2, and the force of the spring k2 acting on the mass m1 balances the external force F. In the case of an electrical circuit damping is produced bv a suppression filter (Figure 2). At a frequency

the oscillations in the circuit L1C1 are substantially reduced. 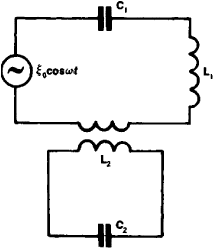 Figure 2. Diagram of oscillation damping in an electrical circuit L1,C1 (L is an inductance, and C is a capacitance) by means of an auxiliary circuit (suppression filter) L2C2

Damping plays an important role in instrument engineering in the quieting of indicator pointers, as well as in technology, when undesirable oscillations are present in machines, mechanisms, machine tools, and structures.

Feedback
Flashcards & Bookmarks ?
Please log in or register to use Flashcards and Bookmarks. You can also log in with
Flashcards ?
My bookmarks ?
+ Add current page to bookmarks
Mentioned in ?
References in periodicals archive ?
Williams, "Dynamic resonance analysis and oscillation damping of multiterminal DC grids," IEEE Access, vol.
Wide-Area Damping Controller Design Based on the Frequency Domain Self-Excitation Method
Improvement in power system oscillation damping is one of the potential applications of the FACTS devices [12-19].
Power System Stability Improvement through the Coordination of TCPS-based Damping Controller and Power System Stabilizer
The optimal location of the TCSC controller is determined based on the rotor angle oscillation damping of the generator units having the large output power and the active power damping of the transmission line.
Improving Power System Stability with Gramian Matrix-Based Optimal Setting of a Single Series FACTS Device: Feasibility Study in Vietnamese Power System
[14.] Xiancho Sui, Yufei Tang, Haibo He, Inyu Wen, "Energy Stored Based Low Frequency Oscillation Damping Controller Using Particle Sarm Optimization And Heuristic Dynamic Programming", 29-5 IEEE.
Multi-machine stability analysis of power systems using water cycle tuned dual input controller
However, the conditions, at which limit cycles are excluded and the required oscillation damping is implemented at the same time are considered insufficiently in the literature.
Impedance control of high-precision geared servo drives with two motors for technological robots
The simulation results can be expressed as the coordinated control of PSS and LOC made faster oscillations are damped oscillation damping and transient stability of power system dynamics quickly recover.
Improve the oscillations damping in a single machine system with coordinating power system stabilizer and generator excitation control based on linear optimal control
The newly proposed controller has more clear physical meaning and a wide range of application for different operating states.The proposed control scheme can enhance dynamic stability of AC/DC parallel power system by improving oscillation damping for all operating conditions.
The HVDC supplementary control for AC/DC interconnected power grid based on Hamilton energy function theory
In this research, comparative analyses of different objective functions used for power system oscillation damping controller design have been performed.
Comparative study of popular objective functions for damping power system oscillations in multimachine system
Finally, the highest first oscillation peak for the RMD results depicted in Figure 2 appears because of the abovementioned relative delay (phase difference) of the first oscillation damping of the gravitational waves in the RMD era, as depicted in Figure 1 and supported by (24) and (25).
CvB damping of primordial gravitational waves and the fine-tuning of the C[gamma]B temperature anisotropy
V., "Unified Philips- Heffron Model of Multi-Machine Power System equipped with PID damping controlled SVC for Power Oscillation Damping" India Conference (INDICON), 2009 Annual IEEE, 1 - 4 (2009).
POWER OSCILLATION DAMPING USING LEAD-LAG CONTROLLED SVC
In sections on power system modeling and control, stability and protection, and grid blackouts and the restoration process, they look at such aspects as synchronous generator and induction motor, wind power generation, small-disturbance angle stability and electromechanical oscillation damping, voltage stability, and the computer simulation of scale-bridging transients in power systems.
Handbook of electrical power system dynamics; modeling, stability, and control