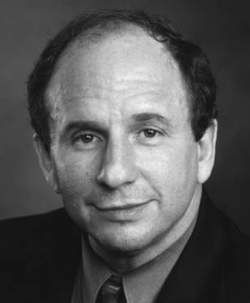 U.S. Senator Paul Wellstone was killed, along with his wife and daughter, in a plane crash in 2002, but was it really an accident?

Some conspiracy theorists claim that the plane crash that killed lone-wolf progressive senator Paul Wellstone, his wife, daughter, and five crew and staff was caused by a secret high-tech electromagnetic weapon.

On October 25, 2002, Minnesota Democratic senator Paul Wellstone, his wife, Sheila, daughter Marcia, two pilots, and three staff members died in a small plane crash near Eveleth, Minnesota. The plane, a twin-engine Beechcraft King Air A100, was reported to be in good condition before take-off at 9:37 A.M. from Minneapolis-St. Paul. Pilot Richard Conry, fifty-five, and copilot Michael Guess, thirty, both certified and experienced, had received permission to climb to 13,000 feet at 9:48 A.M. and received clearance to descend toward Eveleth at 10:01 A.M. The pilots were informed that there was icing at 9,000 to 11,000 feet and at 10:10 passed through the icing without any discernible difficulty. At 10:18 the Beechcraft was cleared for an approach to the Eveleth runway. Suddenly the airplane began to drift from the approach path, and it was last sighted at 10:21 A.M. flying at 1,800 feet.

Carol Carmody, acting chairwoman of the National Transportation Safety Board, said on October 29 that the impact area of the crash was 300 feet by 190 feet and that there was evidence of “extreme post-crash fire.” The plane appeared to be headed south, away from the runway. Carmody said that the angle was “steeper than would be expected in a normal stabilized standardized approach” to the runway. Some eyewitnesses said that the plane went down in a near-vertical plunge.

Paul Wellstone’s death came just over two years after a similar plane crash took the life of another Democratic Senate candidate, Missouri governor Mel Carnahan, on October 16, 2000. In 2001 two Senate Democrats, Majority Leader Tom Daschle and Judiciary Committee chairman Patrick Leahy, received letters containing anthrax. The federal Justice Department, headed by John Ashcroft (who lost to Mel Carnahan in the 2000 Senate race in Missouri even though Carnahan was deceased at the time of the vote), was unable to trace or to apprehend the anthrax mailer.

Wellstone was the only classically progressive voice in the Senate. Mother Jones magazine described him as the “first 1960s radical elected to the U.S. senate.” To his many admirers, he was the lone wolf opposing the status quo of both the Democrats and Republicans. He was the most articulate and most vocal Senate opponent of the George W. Bush administration. He voted to oppose the Senate resolution authorizing Bush to go to war in Iraq.

Conspiracy theorists stand firm that whatever caused the crash and death of Paul Wellstone, his wife, daughter, and five others, it was not the airplane. The plane was of exceptional quality, the pilots extremely well qualified, and the chill October weather posed no serious problems. Some conspiracists have considered a small bomb, noting how quickly the plane burst into flames.

There is another peculiar aspect about the crash to consider. According to Rick Wahlberg, sheriff of St. Louis County, where the crash occurred, a team of FBI agents from Minneapolis was on the scene around noon, roughly an hour and a half after the accident and less than an hour after local officers and rescue workers had located the crash site and found a way to access it. Later, when discussing the speed with which the FBI agents had arrived on the scene, none of the local authorities said that they had called the Bureau. They figured that the agents had to have left Minneapolis at the same time Wellstone’s plane did.

Evaluating the many peculiarities of the fatal crash, some conspiracists conclude that one of the high-tech weapons that direct electromagnetic pulse, radio frequency, or high-energy radio frequency was utilized to bring down Wellstone’s plane. Adding to this frightening conclusion are reports of a strange cell phone phenomenon that was observed in the Eveleth area. At 10:18 A.M., the same time that a brief, but abrupt, interruption of communication between Wellstone’s plane at the airport tower occurred, cell phones were also interrupted.