[′fan·təm ′sər·kət]
(communications)
A communication circuit derived from two other communication circuits or from one other circuit and ground, with no additional wire lines.
McGraw-Hill Dictionary of Scientific & Technical Terms, 6E, Copyright © 2003 by The McGraw-Hill Companies, Inc.
The following article is from The Great Soviet Encyclopedia (1979). It might be outdated or ideologically biased. 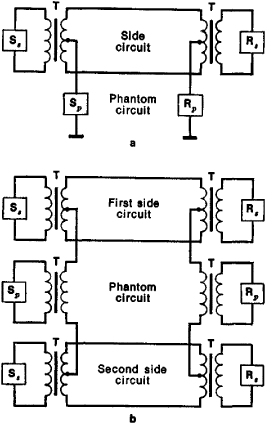