The phenological spectrum shows a rectangle corresponding to each plant species. The beginning and end of the phases of plant development, for example, leaf formation, blossoming, and ripening of fruit, are marked in a uniform scale on the rectangle. The phenological spectra of communities are composed of a series of species rectangles (see Figures 1 and 2).

V. B. Sochava has stated that the phenological spectrum of a plant community, considered from an ecological standpoint, provides basic information on habitat regimes. It describes the bio-type and, to some extent, the ecological potential of a facies. Phenological spectra are employed in the protection of nature, meadow cultivation, beekeeping (phenological spectra of honey crops), landscaping, and ornamental floriculture. 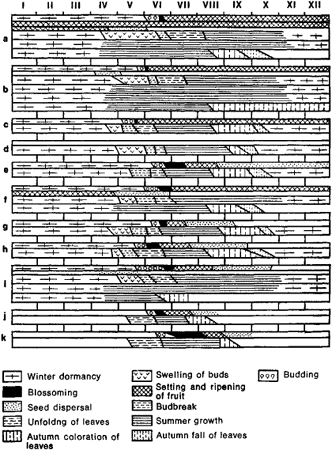 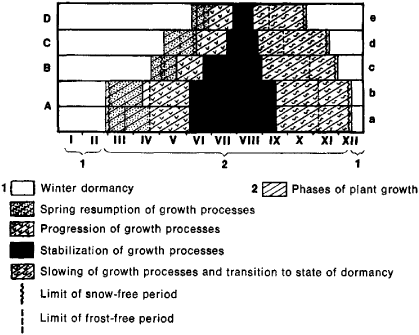