an instrument that makes it possible to convert a photograph taken with the camera’s optical axis tilted (for example, during aerial photography) into an equivalent vertical photograph with the necessary scale in order to compose a controlled photomosaic of a locality. Figure 1 shows a diagram of a photogrammetric rectifier: P is the photograph, E is the horizontal (datum) plane of the locality, a is the angle of inclination of the photograph, S is the center of projection, o is the principal point, J is the principal point of convergence, f is the focal length of the camera, S’ is the rectifier lens, and E’ is the screen. 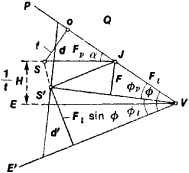 Figure 1. Diagram of a photogrammetric rectifier

The photographic image on the screen of the rectifier will not differ from a vertical equivalent photograph if the following conditions are satisfied: (1) the rectifier lens is located in the plane of the principal vertical Q on the arc of a circle having a radius

(2) the screen is parallel to the straight line JS’ and perpendicular to the plane of Q; (3) the distance from the rectifier lens to the screen is

where H is the photographic height above the datum plane, 1 : t is the scale of the vertical equivalent photograph, ɸ is the angle between the photograph and the screen

In order to meet these conditions, photogrammetric rectifiers have automatic focusing devices (inversors) that permit the number of elements installed in the instrument to be reduced. The image obtained on the screen is printed on photographic paper.

The most commonly used photogrammetric rectifiers are the Seg-I, Seg-IV, Seg-V, and Rectimat models manufactured by the state-owned Zeiss Optical Works (German Democratic Republic) and the E-4 rectifier made by Wild Heerbrugg AG (Switzerland).