a mechanism for the transmission of mechanical energy and the conversion of one type of motion into another by the hydrostatic pressure of a fluid. Such drives may be distinguished kinematically as reciprocating, oscillating, and rotary types. The beginning of the industrial application of positive-displacement hydraulic drives dates to 1795, when the hydraulic press was invented. At the turn of the 20th century the drive was being used on naval vessels for rotating gun turrets, and by 1920-30 its applications grew to include metal-cutting tools. 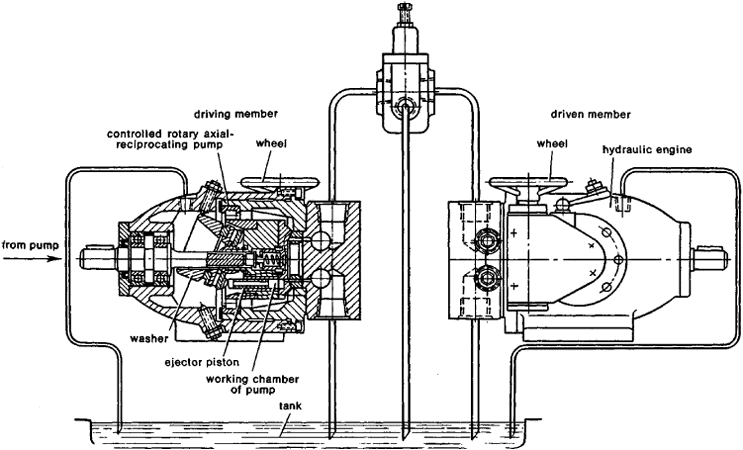 and plants and abroad by the Denison company (USA), Vickers and Lucas (Great Britain), and Rexroth (Federal Republic of Germany).