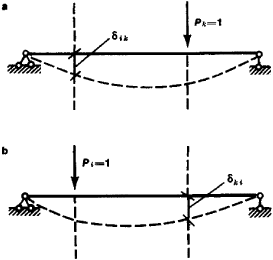 Figure 1. Displacements (deflections) of a simple beam under the influence of single forces: (a) first state, (b) second state