, ascendent
1. Botany another term for ascending
2. Astrology
a. a point on the ecliptic that rises on the eastern horizon at a particular moment and changes as the earth rotates on its axis
b. the sign of the zodiac containing this point
Collins Discovery Encyclopedia, 1st edition © HarperCollins Publishers 2005 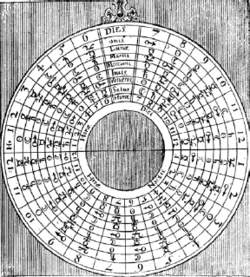 A structural feature, often ornamental, enclosing the sides and top of a doorway, window, fireplace, or similar opening. The top piece or lintel is called the transverse and the side pieces or jambs the ascendants.
McGraw-Hill Dictionary of Architecture and Construction. Copyright © 2003 by McGraw-Hill Companies, Inc.

Feedback
Flashcards & Bookmarks ?
Please log in or register to use Flashcards and Bookmarks. You can also log in with
Flashcards ?
My bookmarks ?
+ Add current page to bookmarks
Mentioned in ?
References in periodicals archive ?
Making big promises that may be too tough to keep is a trait of this rising sign, but we all know your heart is in the right place - it's just your brain has lost its way.
You're the Marmite of rising signs. People will love you or hate you, but they will have an opinion and that's all that matters - that they are talking about you.
Rise to the challenge; Discover the other influence on your life
Your rising sign reveals the way you come across to others, as well as being a very sensitive beginnings point of your chart.
This is a highly karmic rising sign.There will be times when life seems like an earthquake waiting to happen, moments when triumph tastes so sweet.
A warm wave of optimism announces the arrival of the individual born with this rising sign. These are wonderfully kind, enthusiastic yet increasingly- wise people who will give you strength when you need it, asking for little in return.
Your Future; Discover your destiny for the coming decade with Lynne Ewart's charts and predictions