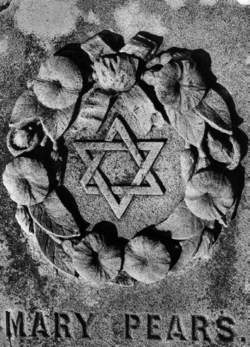 The Seal of Solomon is a six-pointed star figure made up of two interlocking triangles (one with the point up and the other with the point down). It is also known as the "Star of the Microcosm," being symbolic of the spiritual potential of the individual. The two triangles may be regarded as denoting fire (upright) and water (inverted) intermingling. In India this is viewed as a male-female union. The hexagram they create, according to legend, was used by King Solomon to cast a spell on evil spirits. In alchemy and theosophy it is known as the "signet star"—a star "that gives understanding to the wise and shows the way" (G. Gichtel, 1682). It is frequently employed in talismans as a protective sigil.

The hexagram that is the Seal of Solomon is also known as the Star of David, although its use as a symbol of Judaism has only been official for about a century. It came into Judaism through the Tantric influence on medieval Jewish cabalists. According to Barbara Walker, the cabalists "spoke of the desired reunion between God and his spouse Skeina (a Semitic version of Kali-Shakti). This reunion was symbolized by the Tantric sexual mandala."

Feedback
Flashcards & Bookmarks ?
Please log in or register to use Flashcards and Bookmarks. You can also log in with
Flashcards ?
My bookmarks ?
+ Add current page to bookmarks
Mentioned in ?
References in periodicals archive ?
(82) In the lines quoted above, the talisman is not specified and the three words are mysterious, but the talisman is the Seal of Solomon, which is an interlaced triangle as suggested by number three.
The Islamic tale of Solomon and the angel of death in English poetry: origins, translations, and adaptations
and is called "The Star of David," "The Shield of David," or the "Seal of Solomon." According to Jewish tradition, King David's shield was this shape.
The star of creation
Miss Sheldrake was livid at the audacity of the girl and raised the cane, ready to grant Michelle her wish - when she saw the protective Seal of Solomon drawn on the girl's palm.
Flash back: Scorcery At School (Part Five); TALES FROM THE PAST
Fahmy says the new collection "draws inspiration from various global and North African cultures and heritage references, from talismanic symbols in Ancient Egyptian inspired by Amarna Art (1351-1334 BC) to Ottoman civilizations featuring the Seal of Solomon and 13th century Victorian keys, and Greek Mythology.
Azza Fahmy's New Collection Salutes Talismans