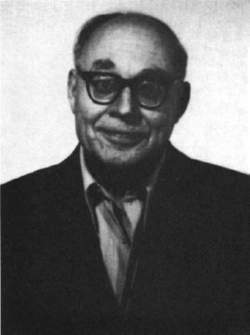 Leslie Alan Shepard, author and founder of the Bram Stoker Society, began his professional life as a technician for documentary films. He produced and directed a number of films through the 1950s. In 1958–59 he spent time in India studying yoga and Hindu metaphysics. Since his return from Asia, he has been active with the Hindu community in England.

In the 1970s, Shepard spearheaded the recognition in Ireland of the work of Bram Stoker, both as the acting manager for dramatist Henry Irving and as an Irish author of importance. Shepard’s compilation of vampire short fiction, The Dracula Book of Great Vampire Stories, was published in 1977. He also collected Stoker first editions, autographs, and other memorabilia, and in 1980, he was a founder of the Bram Stoker Society, a literary society to support the recognition of Stoker and other Irish gothic authors such as Sheridan Le Fanu (1814–1873) and Lord Dunsany (1878–1957). Soon after the founding of the society, Shepard produced a companion volume to his earlier work, The Dracula Book of Great Horror Stories (1981). His collection of Stoker material is now on permanent display at the Writers Museum, Parnell Square, in Dublin.

During the late 1970s Shepard began what is possibly his most important literary effort, as author/editor of the Encyclopedia of Occultism and Parapsychology (1978). By its third edition (1991), the encyclopedia had grown into a substantive reference work, far surpassing others in the field. With the fourth edition, he passed the writing and editorial dutires to J. Gordon Melton who produced the two last editions. While working on the first edition, Shepard also authored How to Protect Yourself against Black Magic and Witchcraft (1978).