1832–1919, English chemist and physicist. After serving at the Radcliffe Observatory, Oxford, and teaching chemistry at Chester Training College, he retired to work in his own laboratory in London. He discovered the element thallium and made special studies of radioactive substances in the course of which he invented the spinthariscope, used to make visible the flashes produced by bombarding a screen with the alpha rays of a particle of radium, and he devised the radiometer, which measures the intensity of radiant energy. He also intensively studied the rare earths and diamonds. Crookes devised spectacles to protect the eyes of glassworkers from damaging rays. One of his chief inventions is the Crookes tube, with which J. J. Thomson, W. C. Roentgen, R. A. Millikan, and others conducted important research. He founded the Chemical News in 1859 and was the author of numerous scientific papers and of Select Methods in Chemical Analysis (1871). Crookes was also interested in psychical research.
The Columbia Electronic Encyclopedia™ Copyright © 2013, Columbia University Press. Licensed from Columbia University Press. All rights reserved. www.cc.columbia.edu/cu/cup/ 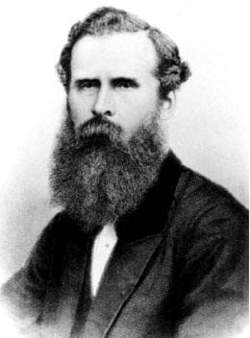 William Crookes was born in London on June 17, 1832. His father was a tailor. As one of sixteen children, Crookes was largely self-taught. At the age of sixteen he enrolled in the Royal College of Chemistry and graduated in 1854. From there he went to Radcliffe Observatory, Oxford, in the position of Superintendent of the Meteorological Department. In 1855, he became Professor of Chemistry at Chester Training College.

Crookes married Ellen Humphrey in 1856. They had eight children. Five years after marrying, Crookes discovered the element thallium and the correct measurement of atomic weight. He was elected Fellow of the Royal Society at the age of 31.

Keenly interested in Spiritualism and mediums, William Crookes was president of the Society for Psychical Research from 1896 to 1899. As a scientist, Crookes made many important discoveries in addition to thalium. He also invented the radiometer and edited the prestigious Quarterly Journal of Science. At different times he was president of the Royal Society, the Chemical Society, the Institute of Electrical Engineers, and the British Association. He was knighted in 1897 and received a number of medals of distinction. Crookes is considered to be one of the greatest physicists of the nineteenth century.

Crookes first came into contact with psychic phenomena in July, 1869, at a séance with Mrs. Marshall. He attended this after the death of his youngest brother, Philip. From there he took an interest in J. J. Morse, Henry Slade, and others, and announced his intention of starting a thorough investigation of psychic phenomena. The newspapers and journals of the time were delighted to hear this, presuming that Crookes would do an exposé of Spiritualism.

They were extremely disappointed. Crookes did intensive investigations of many mediums and psychics, only to endorse them and to endorse most psychic phenomena. After intensive examination of the sensational British physical medium Daniel Dunglas Home, Crooke stated, “Of all the persons endowed with a powerful development of this Psychic Force, Mr. Daniel Dunglas Home is the most remarkable and it is mainly owing to the many opportunities I have had of carrying on my investigation in his presence that I am enabled to affirm so conclusively the existence of this force.”

Many years later, in 1917, Crookes told The International Psychic Gazette, “I have never had any occasion to change my mind on the subject. I am perfectly satisfied with what I have said in earlier days. It is quite true that a connection has been set up between this world and the next.”