instruments that make it possible to take stereoscopic measurements from stereopairs in order to determine the dimensions, shapes, and spatial positions of the objects photographed. The principal parts of all stereophotogrammetric instruments, regardless of basic design or execution, are the plate holders (usually two), on which the photographs are positioned, a viewing system for viewing the stereoscopic model, and measuring marks on each member of the viewing system or in the space of the geometric model of the object re-created during projection of the two photographic images. During measurements, the operator carries out successive stereoscopic alignments on different image points of the object. He may fix the position of the points graphically or read the points’ coordinates from special counters in the coordinate system of the photograph or of a separate model, depending on the type of instrument used. 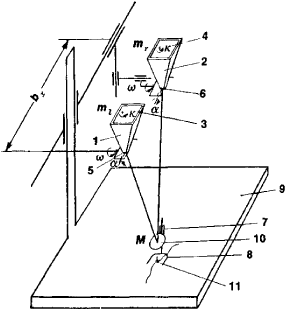 Figure 1. Diagram of a stereophotogrammetric instrument with optical projection

The double projector illustrated in Figure 1 is the simplest optical-projection instrument. In order to set the orientation elements, two cameras (1 and 2) may be tilted at angles a and >, one camera (2) can move distances bx, by, and bz (the components of the base line), and the photographs (3 and 4) can rotate in their plane by angles κ. The rays traveling through the lenses (5 and 6) reconstruct from the photographs the projected rays that intersect within the instrument. Conjugate projected rays (two rays emanating from point M are shown in the figure) reconstruct the geometric model when they intersect; the model is measured by means of a table (7), which has a mark (8). The table moves freely in the plane of a screen (9). The mark is entered on a disk (10), with which it moves in the direction of the z axis. A pen (11), which may be used to obtain a graphic plan of the photographed object, is located on the mark (8).

Stereophotogrammetric instruments may be equipped with special additional attachments in order to expand their range of application. Such attachments make it possible to prepare not only graphic maps but also orthophotomaps of any region. Research is also being conducted on the complete automation of the process of stereographic measurement.