Unabomber and the Harvard Drug Experiments 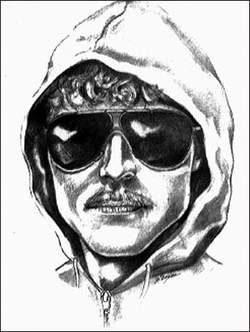 An early police sketch of the Unabomber based on eyewitnesses before he was identified as Theodore Kaczynski.

Unabomber and the Harvard Drug Experiments

If Theodore Kaczynski was only one of many who volunteered for the Harvard experiments in mind control, we could have a lot of Unabombers waiting to explode.

In 1957 a thirty-seven-year-old Ph.D. in psychology named Timothy Leary read an article by R. Gordon Wasson on entheogens in indigenous Mexican religious ceremonies and made the decision to travel to Mexico and experiment with psilocybin mushrooms. It was a decision that altered Leary’s life and the lives of millions of others. Upon Leary’s return to Harvard, he began the Harvard Psilocybin Project with Dr. Richard Alpert (who would later be known as Ram Dass) and other colleagues. Leary went on to experiment with LSD, and he became convinced that properly administered dosages could alter behavior in many beneficial ways, including by producing profound mystical and spiritual experiences. Another of Leary’s colleagues at Harvard who was soliciting volunteers among the students for experiments was Dr. Henry A. Murray, a psychiatrist who had been a lieutenant colonel in World War II and had devised special tests that the Office of Strategic Services (OSS) used in selecting agents.

Among the students who volunteered for Murray’s experiments at Harvard was a brilliant young man named Theodore Kaczynski, who had entered the university when he was not quite sixteen. Later George Piranian, one of Kaczynski’s professors at the University of Michigan, where he did postgraduate work, commented that it was an understatement to say that Kaczynski was highly intelligent; the young man earned his Ph.D. by solving in less than a year a problem in mathematics that Piranian himself had been unable to crack. Maxwell O. Reade, a mathematics professor who served on Kaczynski’s dissertation committee at Michigan, speculated that there were probably only ten to twelve people in the United States who could understand Kaczynski’s specialty, a branch of complex analysis known as geometric function theory. Kaczynski would later hold a National Science Foundation fellowship and publish six articles in mathematic journals. Theodore “Ted” Kaczynski seemed destined for high-level academic success. Those who have researched his case in depth have suggested that had he not volunteered for those experiments in mind control at Harvard, he might not have become the infamous “Unabomber.”

Dr. Henry A. Murray had come from a wealthy New York background and was an interesting mix of scientist and humanist. He freely discussed his apprehensions about living in a nuclear age and thought humankind’s best chance for survival would be under a single world government. Murray had become convinced that he had a special mission to transform individuals from their nationalistic indoctrination as National Man into World Man. The interplay between two individuals, which he viewed as a “dyad,” could be made to bridge psychology and sociology and create a unit that would be able to survive in the new world.

Murray’s famous system used by the OSS to select agents who could withstand torture and interrogation involved a test that in many trials left the applicants crying and broken. The experiments in which Kaczynski participated were even more elaborate than the ones devised by Murray for the OSS in wartime. The subjects were bound to chairs, wired with electrodes and various monitoring devices, and subjected to total darkness, blinding lights, highly personal verbal attacks—and probably, unknowingly, doses of LSD.

The entire program was under the direction of Dr. Sidney Gottlieb, who was also the leader of the CIA’s MK-ULTRA project in mind control. The records of all 150 projects and subprojects of MK-ULTRA were ordered destroyed in 1972 by CIA director Richard Helms, so researchers cannot truly evaluate the effects that Murray’s experiments had on Kaczynski or any other participants, but many investigators have theorized that Kaczynski became a programmed ticking time bomb.

Assessed as “brilliant” by all who knew him, Ted was also regarded as highly unsocial. His loving, supportive parents recalled that their child’s personality changed from that of a happy baby boy after he had been hospitalized for several weeks with a severe allergic reaction to medication. Upon his return home, little Ted seemed to cry easily and beg for comfort. Away from home, he was shy, aloof, and withdrawn, even in the company of friends and neighbors.

After receiving his Ph.D. from the University of Michigan and being recognized as a gifted mathematician, Kaczynski obtained a position as assistant professor of mathematics at the University of California, Berkeley, in the fall of 1967. He had few friends among the faculty, and his aloof and reserved manner caused students to give him poor ratings as a teacher. The vice chairman of the mathematics department, Calvin Moore, commented that with Kaczynski’s impressive academic credentials and his record of published articles at such a young age, he could easily have advanced to tenure and status, but, unexpectedly, in 1969, Ted resigned without explanation. In 1971 he moved to Great Falls, Montana, and began building a cabin near Lincoln, eighty miles southwest of Great Falls, on some land that he and his brother David had acquired.

Like many intellectuals before him, Kaczynski sought personal transformation in nature. He would be another Henry David Thoreau, living alone in his own version of Walden Pond. In his solitude, he also had lots of time to reflect upon the evils of contemporary society and how the Industrial Revolution had destroyed forever humankind’s link with the rural lifestyle that had nurtured it for centuries. He also had plenty of time to consider Dr. Murray’s fears about living in a nuclear age and surviving as World Man, rather than as National Man.

Kaczynski mailed the first bomb to Professor Buckley Crist at Northwestern University on May 1978. A campus police officer sustained minor injury when he opened the package.

The FBI became involved when the second bomb was found smoking in the cargo hold of a commercial airplane before it could explode. A faulty timing mechanism prevented the bomb from detonating, but investigators said that it contained enough explosives to have blown the plane to bits—along with its passengers and crew. FBI agents began a search for a disgruntled airline employee, but John Douglas, the father of the FBI’s “profiling” of criminals, assessed the sophistication of the device as the work of a “disgruntled academic,” rather than an airline mechanic seeking revenge against a former employer.

The third bomb caused the first serious injury. In 1985, a Berkeley graduate student who had just been accepted for astronaut training lost four fingers and vision in one eye because of the blast.

The first death resulted from the fourth bomb, which exploded in the parking lot of a California computer store in 1985, killing the owner with nail and splinter projectiles. In Salt Lake City on February 20, 1987, a similar bomb detonated near a computer store, but no one was injured. Each of these bombs bore the inscription “FC,” which investigators first interpreted as “F----k Computers,” but which was later revealed to stand for “Freedom Club.”

There were no more bombs until 1993, when Kaczynski mailed another potentially fatal package, this time to David Gelernter, a computer science professor at Yale, who escaped injury. Later in 1993, geneticist Charles Epstein was maimed by the bomb that he received.

Kaczynski wrote to the New York Times, claiming to be the leader of an anarchist group called the “Freedom Club” and accepting responsibility for the bombings. Within a few months, in 1994, an advertising executive was killed by a mail bomb, and a subsequent letter by Kaczynski justified the assassination by condemning the public relations field for manipulating people to obey the wills of the advertisers and to buy things that they don’t really need.

In 1995, shortly after the murder of Gilbert Murray, president of the California Forestry Association, the Unabomber began mailing letters, some to his former victims, explaining his goals and demanding that newspapers print his 35,000-word manifesto “Industrial Society and Its Future.” The Unabomber threatened to send more bombs unless his manifesto appeared in print. He promised to cease his campaign of terror if his philosophy could be made known to the general public.

In September 1995 the New York Times and the Washington Post published the Unabomber’s thesis word for word as he had written it. The authorities had encouraged the newspapers to present the Unabomber’s work verbatim not only to appease him, but also in the hope that someone would recognize his writing style and phraseology.

Among Kaczynski’s main points were the following:

Kaczynski was arrested outside his remote Montana cabin on April 3, 1996. His brother David had recognized his writing style and notified the authorities. Although David had received assurances that Ted would never know that his own brother had turned him in to the FBI, the information was leaked to the press. The Kaczynski family was also betrayed when the prosecutors had promised them that they would not seek the death penalty. Ted managed to avoid the sentence of death by pleading guilty on January 22, 1998, and he was delivered to the federal ADX supermaximum-security prison in Florence, Colorado, to serve life without the possibility of parole. David Kaczynski donated the reward money, minus his legal expenses, to the families of the Unabomber’s victims.

Over an eighteen-year period, Kaczynski sent mail bombs to his selected targets, killing three and wounding twenty-nine. As the Unabomber, he was responsible for the FBI’s most expensive manhunt ever conducted.

When we reflect upon the brilliant, barely sixteen-year-old, shy and sensitive Harvard student who volunteered for mind-control experiments under the direction of Henry Murray and Sidney Gottlieb, we can only wonder exactly what programming was directed toward Theodore Kaczynski and hundreds of others. We know today that Murray and Gottlieb conducted mind-control tests that flagrantly violated medical ethics. What we don’t know is how many other “Unabombers” might be triggered some day by an insidious posthypnotic suggestion that was planted in a student’s psyche forty-five or fifty years ago.