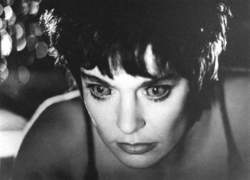 Ann Parillaud, the vampire in Innocent Blood, could transform her victims into vampires just by biting them, a fairly modern addition to the vampire myth.

According to vampire hunter Abraham Van Helsing, the vampire had no conscience. He preyed “on the bodies and souls of those whom we love best.” This characteristic seemed to be a corruption of folkloric belief that the vampire attacked first those whom it loved best. The vampire of folklore would return to the village, home, and people among whom it lived before death. Thus, the vampire tended to attack first those it loved best in life. Actually, this characteristic manifested one of the major differences between the traditional vampire of folklore and the vampire of literature, created in the nineteenth century. The folkloric vampire was part of village culture. It was restricted to its grave site or its home village, where it took up residence once again. In contrast, Lord Ruthven, Varney the Vampyre, and Dracula are citizens of the world. Ruthven traveled at will. Dracula, a little more constrained, was forced to take native soil with him. Thus, he could visit London but had to choose victims within an evening’s travel time of one of his designated resting places. Carmilla was tied to a relatively small area, but she could travel beyond a local village.

Another discrepancy between the folkloric vampire and the vampire of literature has been the fate of the victim. In general, the folkloric vampire’s initial attack was rarely fatal. (A major exception was the vampire’s attack upon infants, after which it would leave them dead in their cribs, to be found by their parents the next morning.) Generally, the vampire was seen as taking the life of people over a period of time by repeated attacks that left the victim fatigued or ill with a wasting disease such as consumption (tuberculosis).

The vampires of literature often immediately killed their victims, as in the case of Lord Ruthven, but not with Varney the Vampyre, Carmilla, or Dracula. Varney often showed a conscience toward his victims and did not kill. Carmilla and Dracula killed, but over a period of time as their victims wasted away. In folklore, the vampire’s attack may have caused the victim to become a vampire also, but generally the victim’s vampiric state did not manifest until after death. The fear that a vampire had infected others led not to a witch hunt among neighbors but to the disinterment of corpses and their treatment as vampires. The cases of Peter Plogojowitz and Arnold Paul accounted partially for the fame of this process.

Throughout nineteenth-century literature, the victims of vampires did not become vampires. They died, as in the cases of Lord Ruthven and Carmilla, or soon recovered and returned to normal lives, as in the case of Varney. In the novel Dracula (1897), none of the victims of Dracula’s vampiric attacks died at his hand (although it was clearly implied that the baby given to the three women early in the novel died as a result of their attack on it). R. N. Renfield was killed by Dracula, but not as a result of being drained of blood. Jonathan Harker was attacked by the three women, but survived. Lucy Westenra was attacked by Dracula, and eventually died, but then survived as a vampire. She attacked children, but all survived. She was finally killed by Van Helsing and the other men. Mina Murray (nee Harker) was attacked, and there was every reason to believe that had she not been “de-vampirized” she would have become a vampire. Dracula not only took her blood but also had her drink of his. While never stated, it was clearly implied that sharing blood was the manner of transforming a victim into a vampire. Otherwise, the victim, if bitten often enough, as in “Carmilla,” simply died.

The method of transformation of a victim into a vampire—by sharing blood—was lost in the dramatization of Dracula on stage and then on the screen; it was deemed improper to bring before an audience. In large part, that deletion led to the redefining of the method of vampire transmission. After the early Dracula movies, the belief that all it took to transform a person into a vampire was the vampire’s bite became an integral part of the vampire myth. This idea had its ultimate expression in Robert McCammon’s They Thirst (1981), in which a vampire loosed a vampire epidemic on Los Angeles. The number of vampires almost doubled each evening as the vampires fed and turned their victims into vampires that fed the next evening. This idea was continued in such movies as Vamp (1986) and Innocent Blood (1992). A variation on this theme was the requirement of three bites by the vampire to transform someone into a vampire, recently integrated most effectively in the story line of the comedy Love at First Bite (1979).

Victims of Good Guy Vampires: During the last generation, in the expansion and reworking of the vampire tradition, a new vampire has arisen, the good guy vampire. Unlike the vampires sought by Van Helsing in Dracula, these modern vampires possess a conscience that has led them to avoid killing whenever possible. The most prominent early “good guy” vampires were St. Germain, the hero of the Chelsea Quinn Yarbro books, and the very different Dracula developed by Fred Saberhagen. Good guy vampires often seek blood from blood banks or from animals, but when they turned to human “victims,” they would choose people considered morally corrupt and thus deserving of the attack, or, more often, willing donors who for various reasons allowed the vampire to use them. In the case of St. Germain, his feeding was often done in the context of sexual activity, and the bite took the place of intercourse. Thus, the vampire gave the victim a sexual thrill and established a reciprocal relationship with the donor. St. Germain could periodically feed off people several times without their changing into a vampire and only rarely took the steps necessary to transform someone. The good guy vampire has filled the pages of several hundred romance and young adult vampire novels and has become a familiar character on television with the likes of Nick Knight from the series Forever Knight, Angel, who emerged on Buffy the Vampire Slayer, Henry Fitroy from Tanya Huff‘s Blood Ties, and Stefan Salvatore, of The Vampire Diaries. The only victims of the good guys are more than justly deserving of the vampire’s righteous indignation.

The plot of the Twilight series by Stephanie Meyer turns largely on the victimless existence of the vampire family, the Cullens. They have been able to develop a lifestyle based on feeding on animals, which also becomes the basis of a treaty with their werewolf/shape-shifting Native American neighbors. Their rare killing is limited to the slaying of other vampires in self-defense.

Technological advances introduced into vampire lore led some writers to the abandonment of victims by having the vampire consume a manufactured blood substitute. This idea was originally introduced by Vampirella soon after her appearance on Earth in 1969. It would then be picked up by the half-vampire Blade the Vampire Slayer and was featured in the three Blade movies. It then come to the fore in the books of Charlaine Harris, who allowed her vampires to mainstream by agreeing to consume a blood substitute called True Blood. The television series True Blood popularized the drink, and a commercial substitute (made of blood oranges), was subsequently placed on the market. This idea has caught on with a number of other vampire authors such as Brian Meehl, whose vampire Morning McCobb is a vegetarian who drinks only a soy blood-substitute called Blood Lite.

Feedback
Flashcards & Bookmarks ?
Please log in or register to use Flashcards and Bookmarks. You can also log in with
Flashcards ?
My bookmarks ?
+ Add current page to bookmarks
Mentioned in ?
References in classic literature ?
"I know," continued the unhappy victim, "how heavily and fatally this one circumstance weighs against me, but I have no power of explaining it; and when I have expressed my utter ignorance, I am only left to conjecture concerning the probabilities by which it might have been placed in my pocket.
View in context
The clergyman's shy and sensitive reserve had balked this scheme Roger Chillingworth, however,was inclined to be hardly, if at all, less satisfied with the aspect of affairs, which Providence -- using the avenger and his victim for its own purposes, and, perchance, pardoning, where it seemed most to punish -- had substituted for his black devices A revelation, he could almost say, had been granted to him.
View in context
As they approached the village the gates were thrown open to admit them, and then, as the people saw the victim of the chase, a savage cry rose to the heavens, for the quarry was a man.
View in context
Why linger to add to the number of the victims of our merciless enemies?"
View in context
They then discussed the means of getting at the victim. The guide was familiar with the pagoda of Pillaji, in which, as he declared, the young woman was imprisoned.
View in context
Then they and the priestesses formed in two lines, with their little golden cups in readiness to capture a share of the victim's lifeblood after the sacrificial knife had accomplished its work.
View in context
He stepped close to the ape-man, and, seizing a spear from the hands of one of the savages, was the first to prod the helpless victim. A little stream of blood trickled down the giant's smooth skin from the wound in his side; but no murmur of pain passed his lips.
View in context
The victim finally arrived, bound to the tail of a cart, and when he had been hoisted upon the platform, where he could be seen from all points of the Place, bound with cords and straps upon the wheel of the pillory, a prodigious hoot, mingled with laughter and acclamations, burst forth upon the Place.
View in context
The murderer was gone long ago; but there lay his victim in the middle of the lane, incredibly mangled.
View in context
The monster seemed to be but playing with his victim before he closed his awful jaws upon him and dragged him down to his dark den beneath the surface to devour him.
View in context
But I shall not have to wait long for my just revenge; for if you now should crop my leaves, and cut me down to my root, I shall provide the wine to pour over you when you are led as a victim to the sacrifice."
View in context
I had seen the heads and faces of ten youths gashed in every direction by the keen two-edged blades, and yet had not seen a victim wince, nor heard a moan, or detected any fleeting expression which confessed the sharp pain the hurts were inflicting.
View in context