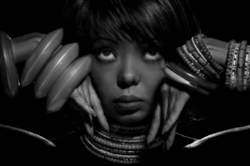 In voodoo, a religion practiced in the Caribbean, it is believed that the “small soul” leaves the body during dreams.

Voodoo is a Caribbean religion derived from African polytheism and Catholic Christianity. Originally a slave religion, it is especially associated with the island of Haiti, although identifiably voodoo forms of spiritual expression are also present in Jamaica and Santo Domingo. Voodoo is a derivative of the Nigerian word vódu, meaning tutelary deity or demon. Partially because of sensationalistic portrayals in the entertainment media, voodoo has come to have negative connotations.

Voodoo postulates a complex and extensive pantheon of divinities, referred to as loas or mysteres A supreme being who created the world is acknowledged, although he is too distant from the world to be worshiped. Voodoo focuses instead on the more immediate divinities, serving the loas in return for favors. In line with African tradition, ancestors are revered.

The human being is pictured as being composed of several ingredients. Among these, the gros bon ange (“big good angel”) and ti bon ange (“little good angel”) constitute one’s soul. The ti bon ange is one’s individual soul or essence. This “small soul” journeys out of the body when one dreams, as well as when the body is being possessed by the loa. As in most traditional cultures, it is believed that the soul literally leaves the body during sleep and experiences a different world in dreams. This traveling is also viewed as potentially dangerous, because when the ti bon ange is away from the body, it is particularly vulnerable to attack by hostile forces.