Also found in: Dictionary.
The following article is from Conspiracies and Secret Societies. It is a summary of a conspiracy theory, not a statement of fact. 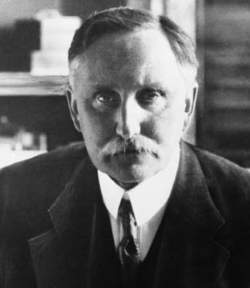 Karl Haushofer founded the Brothers of the Light Society, which became the Vril Society.

This German secret society believed that whoever possessed the Vril force could conquer the world and meet the master race from the earth’s interior as equals.

In 1871, when the occultist Edward Bulwer-Lytton wrote a novel about a small group of German mystics who had discovered the truth about a race of supermen living within the earth’s interior, he inspired the founding of the Brothers of the Light, the Luminous Lodge, the Vril Society. Bulwer-Lytton’s The Coming Race told the story of an advanced civilization of giants who thrived in the inner earth. The superrace had built a paradise based on the Vril force, a form of energy so powerful that the older beings had outlawed its use as a potential weapon.

In 1919 Karl Haushofer, a student of the Russian mystic George Gurdjieff, founded the Brothers of the Light Society in Berlin and soon changed its name to the Vril Society. As Haushofer’s Vril grew in prominence, it united three major occult societies, the Lords of the Black Stone, the Black Knights of the Thule Society, and the Black Sun and chose the swastika, the hooked cross, as its symbol of the worship of the Black Sun. While these societies borrowed some concepts and rites from Theosophists, Rosicrucians, and various Hermetic groups, they placed special emphasis on the innate mystical powers of the Aryan race. The Vril and its brother societies maintained that Germanic/Nordic/Teutonic people were of Aryan origin, and that Christianity had destroyed the power of the Teutonic civilization.

In 1921 Maria Orsic (or Orsitsch), a medium in the Vril Society, began claiming spirit messages originating from Aryan aliens whose home star was Aldebaran. Orsic and another medium, Sigrun, learned that the aliens spoke of two classes of people on their world—the Aryan master race and a subservient planetary race that had evolved through mutation and climate changes. A half billion years ago the Aryans, also known as the Elohim or Elder Race, began to colonize our solar system. On Earth, the Aryans were identified as the Sumerians until they elected to carve out an empire for themselves in the hollow of the planet. The Vril force was derived from the Black Sun, a large ball of “Prima Materia” that provided light and radiation to the inhabitants of the inner earth.

The Vril Lodge believed that whoever learned control of the Vril would become master of himself, those around him, and the world itself, if he should so choose. This ancient force had been known among the alchemists and magicians as the Chi, the Odic force, the Orgone, and the Astral Light, and the members of the Vril Society were well aware of its transformative powers to create supermen out of ordinary mortals. Such members of the lodge as Adolf Hitler, Heinrich Himmler, Hermann Göring, Dr. Theodor Morell (Hitler’s personal physician), and other top Nazi leaders became obsessed with preparing German youth to become a master race so that the Lords of the inner earth would find them worthy above all others when they emerged to evaluate the people of Earth’s nations.

In 1922, members of Thule and Vril built the Jenseitsflugmaschine, the Other World Flight Machine, based on the psychic messages received from the Aldebaran aliens. W. O. Schumann of the Technical University of Munich was in charge of the project until it was halted in 1924; the craft was then stored in the Messerschmitt aircraft company’s Augsburg facility. In 1937, after Hitler came into power, he authorized the construction of the Rundflugzeug, the “round or disk-shaped vehicle,” for military use and for spaceflight.

In April 1942 Nazi Germany sent out an expedition composed of a number of its most visionary scientists to seek a military vantage point in the Hollow Earth. Although the expedition of leading scientists left at a time when the Third Reich was putting maximum effort into the drive against the Allies, Göring, Himmler, and Hitler are said to have enthusiastically endorsed the project. Steeped in the more esoteric teachings of metaphysics, the führer had long been convinced that Earth was concave and that a master race lived on the inside of the planet.

The Nazi scientists who left for the Baltic island of Rugen had complete confidence in the validity of their quest. In their minds, such a coup as discovering the opening to the inner world would not only provide them with a military advantage, but go a long way in convincing the masters who lived there that the German people truly deserved to mix their blood with them in the creation of a hybrid master race to occupy the surface world.

Students of the Vril Society also insist that aliens worked with Nazi scientists to create early models of flying saucers. The UFO researcher Vladimir Terziski believes that an “alien tutor race” secretly began cooperating with certain German scientists from the Thule, the Vril, and the Black Sun in the late 1920s. Working in underground bases with the alien intelligences, Terziski says, the Nazis mastered antigravity space flight, established space stations, accomplished time travel, and developed their spacecraft to warp speeds.