a pileless wall rug with a figured or ornamental design, made by hand in a filling rib weave.

To form the design, a weft of colored threads (usually wool or silk, but sometimes metallic gold and silver threads) is densely woven on a uniformly colored warp (wool or linen). A characteristic ribbed texture results. In tapestry weaving each thread of the weft is used only in the area in which its color is desired; this technique was known in antiquity and was used by the Copts. Two types of tapestries may be distinguished according to the type of loom used; high-warp is made on looms on which the warp is fastened vertically, and low-warp on looms with a horizontal warp. A cartoon, or painted sketch, the size of the tapestry serves as a model for the design.

Tapestry-making in Western Europe developed in the 12th and 13th centuries; in the Middle Ages wall tapestries were widely used to decorate dwellings and public buildings. Wall tapestries are examples of monumental decorative art. Particularly noteworthy is the Angers Apocalypse, which consists of seven huge tapestries depicting 105 scenes, of which 77 have been preserved (c. 1380, by the Paris studio of Nicolas Bataille, from cartoons by Jean of Bruges). Also well known are the six allegorical Lady With the Unicorn tapestries (late 15th to early 16th century, Paris, Cluny Museum), which are in the millefleur style; that is, their backgrounds consist of bunches of flowers.

The chief centers of medieval tapestry weaving were Paris, Arras, Tournai, and, beginning in the late 15th century, Brussels. In Brussels in the early 16th century the Acts of the Apostles tapestry series was executed for the Vatican from cartoons by Raphael; in the 17th century a tapestry series was produced in Brussels from cartoons by P. P. Rubens. In the mid-17th century large tapestry factories were founded in France under the direction of great artists, such as the Gobelins’s royal factory in Paris and factories in Beauvais and Aubusson. The favorite themes for tapestries in the 17th and 18th centuries were mythological and historical scenes, allegories, hunting scenes, pastoral scenes, and landscapes (verdures).

In the 18th and 19th centuries tapestry weaving became completely dominated by the cartoon, and consequently many of the artistic qualities present in the older tapestries were lost. The decorative principles of tapestry weaving were revived in the mid-20th century by J. Lurçat.

In Russia, tapestry-making began during the reign of Peter I. A tapestry factory established in St. Petersburg in 1717 existed until 1859. One of the first works executed at the factory was The Battle of Poltava, from a cartoon by L. Caravaque (Hermitage, Leningrad). The factory reached the height of its activity in the 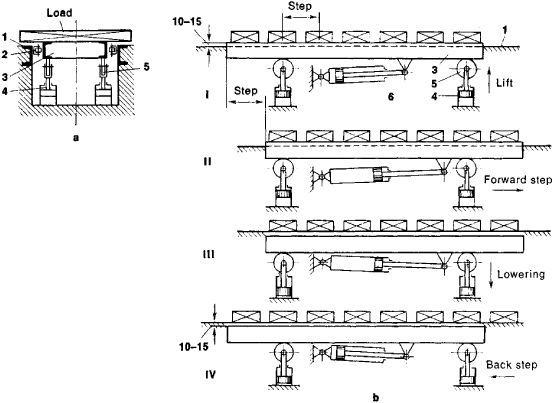 second half of the 18th century and the early 19th century. The decorative principle dominated Russian tapestry weaving in the classicist age, and many of the tapestries of this era, such as Diana and Saturn from the Gur’ev suite (1805–06, museums in Pavlovsk and Gatchina), were an integral part of architectural interiors.

The principal collections of tapestries in the USSR are located in Leningrad at the Hermitage and the Russian Museum and in Moscow in the museums of the Kremlin.