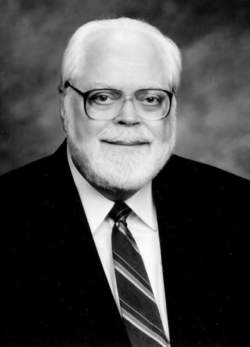 Carl Weschcke was born September 10, 1930, in St. Paul, Minnesota. He attended St. Paul Academy, graduating in 1948, and went on to Babson College in Massachusetts, where he received a B.S. in business administration in 1951. Although he then joined the family pharmaceutical business, he soon felt himself drawn toward the publishing industry and dreamed of becoming a publisher himself.

Despite being born into a Roman Catholic family, Weschcke developed an interest in metaphysics, perhaps encouraged by the fact that his paternal grandfather was a vice president of the American Theosophical Society. Both his father and his grandfather believed in reincarnation. Over the years Weschcke investigated a wide variety of metaphysical subjects, and he studied with the Rosicrucian Order and the Society of the Inner Light. He did practical research in Astrology, Ceremonial Magic, Kabbalah, Shamanism, Tantra, and Taoism. Active in the civil rights and civil liberties movements in the 1950s and 1960s, Weschcke held office on the boards of the NAACP and the ACLU of Minnesota, playing a major role in bringing about fair housing legislation in St. Paul. In later years he became Grandmaster of Aurum Solis, an international magical order founded in Great Britian in 1897. However, he withdrew from that order in 1991.

In the 1950s Weschcke entered the University of Minnesota to pursue a doctorate in philosophy; his drive to become a publisher led him to leave before completing his degree. In 1960 he purchased Llewellyn Publications, an old astrological publishing company founded (in 1901) by Llewellyn George, author of A to Z Horoscope

Maker and Delineator, Practical Astrology for Everybody, The Astrologer's Searchlight, and a number of other books and bulletins. Started in Portland, Oregon, the company moved to Los Angeles, where it operated mainly as a mail-order company until George's death in 1954. Weschcke purchased the company six years later and moved it to St. Paul. He immediately broadened the scope of the company with a complete line of astrological and occult books. In 1964 he purchased one of the old stone mansions on Summit Avenue in St. Paul to serve as his home and the home of the new Llewellyn Publications. It turned out that the house was haunted, and Weschcke had a number of ghostly encounters there over the years.

Within a decade Llewellyn Publications was publishing a healthy list of titles, and by the late 1980s was issuing thirty to fifty books a year, together with audio and (later) video tapes, and computer software. The company also launched a series of successful magazines: New Dimensions, Gnostica, Astrology Now, Minutescope, New Times, and New Worlds. More recently it took over publication of the venerable Fate magazine.

In 1970 Weschcke opened the Gnostica Bookstore together with the Gnostica School for Self-Development in Minneapolis. The following year he hosted the First American Aquarian Festival of Astrology and the Occult Sciences. Later known simply as "Gnosticon," this festival grew into a successful series and drew some of the better known names in Witchcraft/Wicca, Magic, Astrology, and Paganism. In 1972 Weschcke was himself initiated into the American Celtic tradition of Wicca, going on to become a High Priest and Elder in that tradition.

Around this time Weschcke met Sandra Heggum, a Priestess in the American Celtic tradition, and they were Handfasted at a full moon in 1972. In the fall of the following year, Weschcke helped organize the Council of American Witches, becoming its first chairman. He prides himself on having drafted the "Thirteen Principles of Belief " statement, which has gone on to become one of the cornerstones of modern Wicca.

After the birth of son Gabriel in 1973, Weschcke began to cut back on his public activities to concentrate more on family and business. Gabriel was raised in the Unitarian Church and, like his father, attended Babson College; he obtained a master's degree in publishing science from Pace University, New York. He has since gone on to join his parents at Llewellyn Publications.

Weschcke moved from the Summit Avenue house to a place in the country separate from the business. He ended the festivals and closed the bookstore in order to focus his energies on building the publishing business. He also adopted Llewellyn as his middle name. The business grew—becoming Llewellyn Worldwide, Ltd.— and is today one of the largest and most respected of New Age publishers in the world, issuing approximately 100 new titles a year by the top authors in the field.