electron tube, device consisting of a sealed enclosure in which electrons flow between electrodes separated either by a vacuum (in a vacuum tube) or by an ionized gas at low pressure (in a gas tube). The two principal electrodes of an electron tube are the cathode and the anode or plate. The simplest vacuum tube, the diode, has only those two electrodes. When the cathode is heated, it emits a cloud of electrons, which are attracted by the positive electric polarity of the anode and constitute the current through the tube. If the cathode is charged positively with respect to the anode, the electrons are drawn back to the cathode. However, the anode is not capable of emitting electrons, so no current can exist; thus the diode acts as a rectifier, i.e., it allows current to flow in only one direction. In the vacuum triode a third electrode, the grid, usually made of a fine wire mesh or similar material, is placed between the cathode and anode. Small voltage fluctuations, or signals, applied to the grid can result in large fluctuations in the current between the cathode and the anode. Thus the triode can act as a signal amplifier, producing output signals some 20 times greater than input. For even greater amplification, additional grids can be added. Tetrodes, with 2 grids, produce output signals about 600 times greater than input, and pentodes, with 3 grids, 1,500 times. X-ray tubes maintain a high voltage between a cathode and an anode. This enables electrons from the cathode to strike the anode at velocities high enough to produce X rays. A cathode-ray tube can produce electron beams that strike a screen to produce pictures, as in some oscilloscopes and older television displays. Gas tubes behave similarly to vacuum tubes but are designed to handle larger currents or to produce luminous discharges. In some gas tubes the cathode is not designed as an electron emitter; conduction occurs when a voltage sufficient to ionize the gas exists between the anode and the cathode. In these cases the ions and electrons formed from the gas molecules constitute the current. Electron tubes have been replaced by solid-state devices, such as transistors, for most applications. However they are still used in high-power transmitters, specialty audio equipment, and some oscilloscopes. A klystron is a special kind of vacuum tube that is a powerful microwave amplifier; it is used to generate signals for radar and television stations. 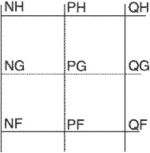