William Pierce, The Turner Diaries, and the National Alliance 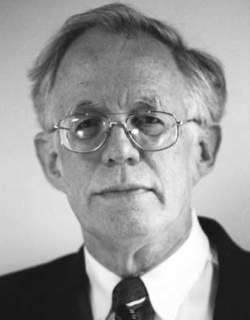 The late white supremacist William Pierce is best known as the author of The Turner Diaries, a work of fiction about Aryans fighting against an America ruled by Jews and African Americans.

William Pierce, The Turner Diaries, and the National Alliance

William Pierce, author of The Turner Diaries, an apocalyptic novel of an Aryan underground movement surviving the Zionist-Negro regime, sought to build a “serious, mature, right-wing organization” in the National Alliance.

William Pierce (1933–2002) is revered in far-right, white-supremacy groups as the author of The Turner Diaries, a futuristic, apocalyptic novel about the Aryan resistance underground movement after the “Jew-Negro conspiracy” has overthrown the U.S. government. After enduring hellish persecution by the cruel Zionists and their brutish Negro henchmen, Earl Turner, an upstanding Caucasian, joins the white-supremacist guerrillas who are beginning to wage war against the new government. The Aryans move on steadily to victory in battle after battle, and Turner sacrifices his life in a kamikaze mission flying a small plane with a nuclear bomb into the Pentagon in order for the white supremacists to win the final conflict.

The Turner Diaries was written under the pseudonym “Andrew MacDonald” in 1978, just a few years after Dr. (Ph.D. in physics) William Pierce left a career in teaching and research at Oregon State University to join the National Youth Alliance in 1970 and to found the National Alliance in 1974. The National Youth Alliance, founded by Willis Carto, had limited its membership to persons under thirty. Pierce wanted to broaden the group to attract a larger base of white supremacists, and he shifted the focus of the National Alliance to activities that would have more long-term motivational effect on its members. Rather than organizing simple street demonstrations to denounce the Jews and the blacks, he wanted to avoid superficial confrontations and to build a foundation for a final victory over those whom he judged as enemies of white culture.

In spite of the founding in 1978 of the Cosmotheist Community Church to answer the needs of members interested in the spiritual or religious aspects of the National Alliance, membership dwindled through the Reagan era, and the national office moved from the Washington, D.C., area to rural Mill Point, West Virginia.

In 1980 Alliance member William Simpson’s Which Way Western Man? and a second edition of The Turner Diaries were published. In 1987 National Vanguard Books was established as a separate entity from the Alliance, and in 1989 Pierce’s second novel, Hunter, was published. National Vanguard Books has moved on to issue audio cassettes, comic books, and videos and to assume the broadcasting of a weekly radio program, American Dissident Voices.

Many conspiracy theorists have stated their belief that it was The Turner Diaries that inspired Timothy McVeigh to blow up the Alfred P. Murrah Federal Building in Oklahoma City. They support this contention by listing some of the similarities between the act of terrorism carried out by McVeigh and a guerrilla strike carried out by Earl Turner, the hero of The Turner Diaries:

Pierce once said, while writing The Turner Diaries, that he envisioned putting all the feminist agitators and propagandists and all of the race-mixing fanatics and all of the media bosses and all who were collaborating with them up against a wall and shooting them. On one of his radio programs in 1975 he said that this was exactly what must be done before America could get its civilization back on track.

Pierce worked his way up the far-right, white supremacist circles step by step. About 1963 he joined the John Birch Society but left as his views became more radical. In 1966 he associated with George Lincoln Rockwell, founder and leader of the American Nazi Party and became the editor of Rockwell’s National Socialist World magazine. After Rockwell’s assassination in 1967 Pierce became a principal leader of the National Socialist White People’s Party, the successor to the American Nazi Party. Pierce left that group to join the National Youth Alliance that had been founded by Willis Carto in 1968. After three years Pierce and Carto began to feud about a number of issues, and the National Youth Alliance split into factions, with Pierce’s branch emerging as the National Alliance.

Pierce recognized the knee-jerk reaction most Americans would have to young men dressed in Nazi uniforms, so he counseled his followers not to get involved with “that kind of circus” or to display any Nazi symbols. There was never any question about his admiration for Hitler or his vision of a future United States modeled after the Third Reich. Nor was there any doubt in his followers’ minds that he believed that Jews were responsible for all the social, economic, and political problems that had faced Germany and were now infesting the United States.

Pierce died on July 23, 2002 at the age of sixty-eight, still declaring that the National Alliance was the only “serious, mature, radical right-wing organization in America.”