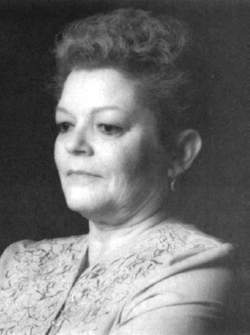 Chelsea Quinn Yarbro, creator of the St. Germain series of vampire books, was born September 15, 1942, in Berkeley, California, the daughter of Lillian Chatfield and Clarence Elmer Erickson. She attended San Francisco State College from 1960 to 1963, after which she worked for her father’s business, C. E. Erickson and Associates, as a cartographer. In 1969 she married Donald Paul Simpson; the couple divorced in 1982. The family business failed in 1970; and, since she enjoyed writing, she explored the possibility of doing it professionally. She joined the Science Fiction Writers of America and served for two years (1970–72) as its secretary. A firm believer in extrasensory perception and the occult, she was employed for brief periods as a tarot card reader during the early 1970s before her writing career was firmly established.

Her initial writings were short stories that appeared in mystery, fantasy, and science fiction periodicals, three areas that interested her. In 1972 three of her stories were included in anthologies. The first of her several writing awards came in 1973 from the Mystery Writers of America for her novelette, “The Ghosts at Iron River.” Her first novel, Time of the Fourth Horseman, a suspense story, was published by Doubleday in 1976. To date she has written over 30 novels, by far the best known being the St. Germain series.

Yarbro gave much thought to the vampire in post-Dracula writing. An occultist rather than a traditional religionist, she concluded that the tradition was wrong. If one removed the religious overlay, the vampire became an entity who shared somewhat enjoyable (if unusual) sex and bestowed a conditional immortality. She also reflected upon the problems of the vampire’s extended lifespan. Rather than monotonous attacks on the neighbors, the vampire would cultivate a life of scholarship and culture. As early as 1971, she tried to sell a book in which the vampire was the hero, but could not locate an interested publisher. She finally sold the idea to St. Martin’s Press in the late 1970s.

In creating the St. Germain myth, Yarbro combined her interest in fantasy and gothic writing with a love for history. St. Germain was a 3,000-year-old vampire who in each of the novels showed up to interact with a more or less well-known historical personage or event. The character of St. Germain was suggested by a real person, an alchemist who lived in eighteenth-century France and around whom numerous occult legends, some of which he initiated, collected. However, Yarbro took the germ of information available on the real person and created a very human, sympathetic vampire character that joined with the characters in Fred Saberhagen‘s novels in bolstering up the sensual side of the vampire’s character while downplaying its image as a monster.

In St. Germain, Yarbro created one of the more intriguing variations on the Dracula myth. Apart from his longevity and his immunity to most things that would be fatal to an ordinary person, St. Germain was largely devoid of the supernatural powers thought to be possessed by vampires. He also was immune to many of the traditional weapons of the vampire hunters, mirrors, the crucifix, and garlic. He was comforted by earth from his homeland and had specially constructed hollow shoes with his native soil in them. He was troubled in crossing running water, a problem helped by the hollow shoes. Death, the true death, as it was called, occurred primarily if the spine was severed (decapitation) or the body burned. St. Germain was a romantic hero and developed ongoing relationships with women, Olivia being the most important. He could make love to women but had no semen. Rather, he took their blood. He, in fact, lived largely upon willing female donors. There was one important limitation on his sexual life, however, in that the joys and benefits of the sexual sharing could only occur between a vampire and a nonvampire. These were blocked between two vampires. Thus, while the vampire lived for many years, he could not bring his lover, or lovers, with him. He could transform his lovers into vampires, but then they ceased to be lovers.

Yarbro continues to be active as of 2009. Since the new century began, she has published eleven additional volumes in the “St. Germain” series, bringing the number of his adventures to twenty two (plus two collections of St. Germain short stories). The 1990 novel Out of the House of Life, explored the adventures of Madelaine de Montoya, initially introduced in Transylvania Hotel. She then got her own independent novel in 2004, In the Face of Death.

During the late 1970s, Yarbro became involved with a group of people in the San Francisco Bay area who were channeling (acting as a spirit medium) for a complex spiritual entity named Michael. In 1979 she wrote a nonfiction book, Messages from Michael on the Nature of the Evolution of the Human Soul, about Michael and the people who have assembled around “his” teachings. Subsequently, in the 1980s, she authored two more books out of the voluminous material the Michael group had channeled.

In 2009, Yarbro was given the Bram Stoker Lifetime Achievement Award by the Horror Writers’ Association.