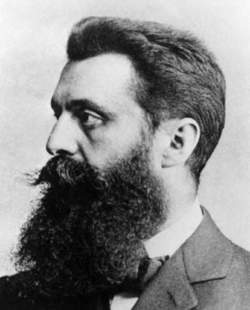 Anti-Semitic groups believe that the U.S. government is under the control of Zionist Jews.

Zionist Occupation (also Occupied, Occupational) Government (ZOG) is a term used by anti-Semitic groups who believe that the U.S. government is controlled by Zionists. When used by a white-supremacist group the phrase is most often a derogatory euphemism for “Jew,” suggesting that the government is controlled by Jews who are joined in an international conspiracy, such as the one outlined in The Protocols of the Learned Elders of Zion. More specifically, the term refers to any Jew or non-Jew who places the goals of Israel over those of the United States and tries to persuade the U.S. government to use military or economic power on behalf of Israel. The far-right groups who decry ZOG often glorify the “liberation movements” of Syria, Libya, Iran, and Palestine. Yasser Arafat was esteemed as a particularly admirable figure.

Some students of anti-semitism state that the name “Zionist Occupation Government” probably originated with Aryan Nations, which has used the ZOG reference extensively in its literature and has popularized it online. Others suggest the term was first used in a text entitled “Welcome to ZOG-World,” written by neo-Nazi Eric Thomson in 1976. Widespread usage was quite likely encouraged by a December 27, 1984, article in the New York Times reporting on the series of robberies committed in California and Washington State by white supremacists who were using their plunder to pay for a war upon the U.S. government, which they called the “Zionist Occupation Government.”

In 1996 the “Aryan Declaration of Independence,” posted on the Aryan Nations website, stated that the ZOG has as its goal “the establishment of an absolute tyranny” over the United States and “the eradication of the White race and its culture” as “one of its foremost purposes.” Since that time the term has been used by numerous anti-Semitic and white-supremacist groups.

Feedback
Flashcards & Bookmarks ?
Please log in or register to use Flashcards and Bookmarks. You can also log in with
Flashcards ?
My bookmarks ?
+ Add current page to bookmarks
References in periodicals archive ?
Many of the members of these groups are avid believers in the "Zionist Occupation Government" found in neo-Nazi William Pierces's The Turner Diaries, and are convinced that conspiracies against them are rampant.
David Chalmers. Backfire: How the Ku Klux Klan Helped the Civil Rights Movement
Zog reportedly stands for Zionist Occupation Government and 88 for Heil Hitler, the numbers representing the eighth letter in the alphabet - H.
I will be a TV star, said would-be assassin
Zog means Zionist Occupation Government and is a reference to Jewish rule, while 88 is code for HH, the eighth letter of the alphabet, and stands for Heil Hitler.
JACKAL IN WEB BOAST; EXCLUSIVE Hitman on UK site
Encyclopedia browser ?
Full browser ?
CITE
Site: Follow: Share:
Open / Close