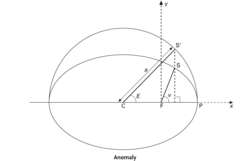 Feedback
Flashcards & Bookmarks ?
Please log in or register to use Flashcards and Bookmarks. You can also log in with
Flashcards ?
My bookmarks ?
+ Add current page to bookmarks
Mentioned in ?
References in periodicals archive ?
This skin covered mass is diagnosed as Acardia Fetus.
Acardia fetuses vary from being amorphous shapeless masses to others exhibiting rudimentary trunk and limb development and rarely, they are remarkably well developed.
The reversed circulation is responsible for regression or resorption of a previously formed heart in the acardia twin.
Acardia fetus: incidentally discovered placental mass