[a′lezh]
(building construction)
A part of a wall which is thinner than the rest, especially the spandrel under a window.
McGraw-Hill Dictionary of Scientific & Technical Terms, 6E, Copyright © 2003 by The McGraw-Hill Companies, Inc. 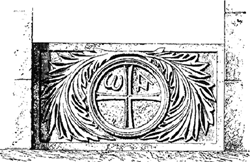 allège
A part of a wall which is thinner than the rest, esp. the spandrel under a window.
McGraw-Hill Dictionary of Architecture and Construction. Copyright © 2003 by McGraw-Hill Companies, Inc.

Feedback
Flashcards & Bookmarks ?
Please log in or register to use Flashcards and Bookmarks. You can also log in with
Flashcards ?
My bookmarks ?
+ Add current page to bookmarks
References in periodicals archive ?
That is why journalists use the word "allege" and its derivatives in connection with persons suspected of, or charged, with a crime as they are presumed to be innocent until proven guilty.
Without providing proof, claims of graft are simply allegations
The Information alleges that ALIBRIS' corporate predecessor, INTERLOC INC.
ISP CHARGED WITH INTERCEPTING CUSTOMER EMAIL, POSSESSING UNAUTHORIZED PASSWORD FILES
Judge Kram also decided the plaintiffs had failed to allege facts that constituted evidence of recklessness: When motive is not alleged and the plaintiff relies entirely on allegations of recklessness in alleging scienter, the evidence presented must be proportionately greater than if motive is alleged.
Liability under securities law
As noted previously, in addition to the claim that an officer violated department policy--and therefore the Constitution--by using deadly force, plaintiffs frequently allege that the officer violated "reasonable police procedures," thereby unnecessarily creating the need to use deadly force.
Liability implications of departmental policy violations
Plaintiffs conceded that the complaint did not allege intentional conduct but argued that a lack of diligence may be sufficiently egregious to Constitute bad faith.
Court recognizes implied duty of good faith and fair dealing
The plaintiff's complaint alleges that the insured hired a key employee away from a competitor to help design a better product for the insured, improve the insured's manufacturing processes or overhaul the insured's marketing strategies.
A Duty to Defend
First, if a plaintiff alleges that a particular officer was unsatisfactorily trained, it could be that "...the officer's shortcomings may have resulted from factors other than a faulty training program."(21) Second, if the plaintiff asserts that the injury or accident could have been avoided had an officer received better or more training, the Court offered a possible response by noting that "such a claim could be made about almost any encounter resulting in injury, yet not condemn the adequacy of the program to enable officers to respond properly to the usual and recurring situations with which they must deal."(22)
Firearms training and liability
The trial court granted the Institute's motion to dismiss on the grounds that the AICPA owed no duty of care to the plaintiff, and the plaintiff failed to allege the elements necessary to establish a claim against the AICPA for negligent infliction of emotional distress.
AICPA not negligent in promulgating professional standards
Since Dougherty did not allege she was in privity of contract with the accountant or that she received notification in writing authorizing her to rely on the accountant's work, the negligence count against him was dismissed.
Court upholds privity defense in Illinois
Steinmetz: Plaintiffs allege defendant's negligence caused a motor vehicle crash resulting in personal injury and loss of consortium.
FOR THE RECORD
Quesenberry; any unknown persons claiming an interest in 3389 Arrowhead St., Eugene: Plaintiffs allege breach of contract.
FOR THE RECORD
Michael Elkins: Plaintiffs allege that defendant's negligence caused a fire that damaged their property.
FOR THE RECORD
Encyclopedia browser ?
Full browser ?
CITE
Site: Follow: Share:
Open / Close