arcade, series of arches supported by columns or piers. An arcade may stand free; if it is attached to a wall it is called a wall arcade or a blind arcade. The earliest-known arcades were in Roman architecture, in which piers, ornamented with engaged columns carrying an entablature, formed the arch supports. However, in Diocletian's palace at Spalato there are arches supported by columns and resting directly upon their capitals, of the type that was given full development in Romanesque and Gothic architecture. In the early Christian basilica, columnar arcades separated the nave and side aisles and supported the wall of the clerestory. From this beginning the rich system of bays used in Romanesque and Gothic church interiors was developed, in which lofty arcades extended the full length of the nave. Both freestanding and blind arcades were used in Romanesque facades (notably in N Italy) and in the west fronts of English and French Gothic cathedrals, where the arches were often filled with statues of saints. Richly designed arcades surrounded the enclosed cloisters of the medieval and Renaissance monasteries; they were similarly used in the courts of houses in Italy and Spain and in the courtyards of Islamic mosques. The Romanesque structures of Spain, Sicily, and S Italy made frequent use of arcades composed of interlacing arches, in which the arch rings overlap to alternate columns or piers. Continuous arcades, extending over sidewalks, are common in Italian cities, notably in Bologna. 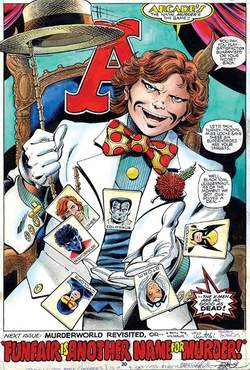