name for several related members of the weaselweasel,
name for certain small, lithe, carnivorous mammals of the family Mustelidae (weasel family). Members of this family are generally characterized by long bodies and necks, short legs, small rounded ears, and medium to long tails.
..... Click the link for more information.  family. Most badgers are large, nocturnal, burrowing animals, with broad, heavy bodies, long snouts, large, sharp claws, and long, grizzled fur. The Old World badger, Meles meles, is found in Europe and in Asia N of the Himalayas; it is about 3 ft (90 cm) long, with a 4-in. (10-cm) tail, and weighs about 30 lb (13.6 kg). Its unusual coloring, light above and dark below, is unlike that of most mammals but is found in some other members of the family. The head is white, with a conspicuous black stripe on each side. European badgers live, often in groups, in large burrows called sets, which they usually dig in dry slopes in woods. They emerge at night to forage for food; their diet is mainly earthworms but also includes rodents, young rabbits, insects, and plant matter. The American badger, Taxidea taxus, is about 2 ft (60 cm) long, with a 5-in. (13-cm) tail and weighs 12 to 24 lb (5.4–10.8 kg); it is very short-legged, which gives its body a flattened appearance. The fur is yellowish gray and the face black, with a white stripe over the forehead and around each eye. It is found in open grasslands and deserts of W and central North America, from N Alberta to N Mexico. It feeds largely on rodents and carrion; an extremely swift burrower, it pursues ground squirrels and prairie dogs into their holes, and may construct its own living quarters 30 ft (9.1 m) below ground level. American badgers are solitary and mostly nocturnal; in the extreme north they sleep through the winter. Several kinds of badger are found in SE Asia; these are classified in a number of genera. Badgers are classified in the phylum ChordataChordata
, phylum of animals having a notochord, or dorsal stiffening rod, as the chief internal skeletal support at some stage of their development. Most chordates are vertebrates (animals with backbones), but the phylum also includes some small marine invertebrate animals.
..... Click the link for more information. , subphylum Vertebrata, class Mammalia, order Carnivora, family Mustelidae.
The Columbia Electronic Encyclopedia™ Copyright © 2013, Columbia University Press. Licensed from Columbia University Press. All rights reserved. www.cc.columbia.edu/cu/cup/

[′baj·ər]
(design engineering)
badger plane
(engineering)
A tool used inside a pipe or culvert to remove any excess mortar or deposits.
(vertebrate zoology)
Any of eight species of carnivorous mammals in six genera comprising the subfamily Melinae of the weasel family (Mustelidae).
McGraw-Hill Dictionary of Scientific & Technical Terms, 6E, Copyright © 2003 by The McGraw-Hill Companies, Inc. 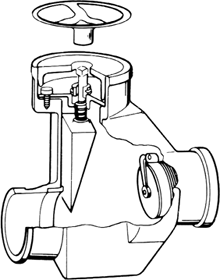 backwater valve
1. A tool used inside a pipe or culvert to remove excess mortar or deposits.
2. A badger plane.
McGraw-Hill Dictionary of Architecture and Construction. Copyright © 2003 by McGraw-Hill Companies, Inc.

1. any of various stocky omnivorous musteline mammals of the subfamily Melinae, such as Meles meles (Eurasian badger), occurring in Europe, Asia, and North America: order Carnivora (carnivores). They are typically large burrowing animals, with strong claws and a thick coat striped black and white on the head
2. honey badger another name for ratel
Collins Discovery Encyclopedia, 1st edition © HarperCollins Publishers 2005