, baulk
1. a roughly squared heavy timber beam
2. a timber tie beam of a roof
3. Baseball an illegal motion by a pitcher towards the plate or towards the base when there are runners on base, esp without delivering the ball
Collins Discovery Encyclopedia, 1st edition © HarperCollins Publishers 2005

[bȯk]
(archeology)
A strip of earth left in place between the trenches of an archeological dig to permit study of the stratigraphy of the area as long as possible.
McGraw-Hill Dictionary of Scientific & Technical Terms, 6E, Copyright © 2003 by The McGraw-Hill Companies, Inc. 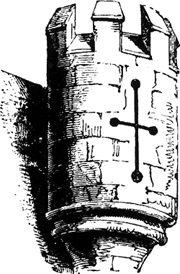 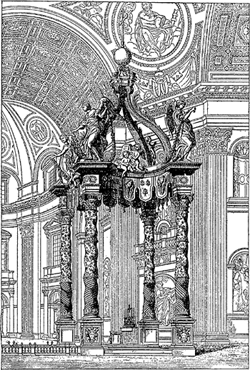 baldachin
1. A squared timber used in building construction.
2. A low ridge of earth that marks a boundary line.
McGraw-Hill Dictionary of Architecture and Construction. Copyright © 2003 by McGraw-Hill Companies, Inc.

i. An aborted landing resulting from something happening on the final stages of the approach, such as an obstruction on the runway.
ii. To obstruct landing of an approaching aircraft, forcing it to overshoot.
An Illustrated Dictionary of Aviation Copyright © 2005 by The McGraw-Hill Companies, Inc. All rights reserved

Feedback
Flashcards & Bookmarks ?
Please log in or register to use Flashcards and Bookmarks. You can also log in with
Flashcards ?
My bookmarks ?
+ Add current page to bookmarks
Mentioned in ?
References in periodicals archive ?
Last night, Alba director Callum McGregor said: "Baulk seemed like an honourable guy.
We've been given the boot for Christmas; EXCLUSIVE HIBS STAR AMONG 20 EVICTED AFTER ROGUE LANDLORD'S pounds 3M DEFAULT ON LUXURY FLATS
Perhaps if the word 'baulked' was omitted from formlines, we'd all have a clearer idea of what happened in a race.
Ditch the 'baulked' LETTERS
pounds 610 Heatherslaw, pounds 552, pounds 535 (x2) & pounds 532 High Baulk, pounds 530 Blackhalls, pounds 515 Horse Holme, pounds 505 & pounds 490 Heatherslaw, pounds 475 The Follions, pounds 468 Hollin Close, pounds 455 Heatherslaw & High Baulk, pounds 452 & pounds 450 Heatherslaw, pounds 448 Tarset Hall, pounds 420 Hedley West Riding, pounds 405 Hollin Close, pounds 402 Tarset Hall.
Marts
Then comes baulked, which in my eyes is worse than bumping and worse than crowding.
A call for more comment; LETTERS
Muttley, of course, has the answer and can reveal that in the official Racing Post clich handbook, baulked represents losing two lengths, badly baulked three, bumped four, badly bumped five and very badly bumped six, with stumbled meaning more than that.
Off The Leash Muttley
lThe commentators seemed unsure of their facts-which horses had fallen (too many wrongly identified); what a refusal looked like (Esprit de Cotte was a refusal and not a fall); the word `baulked' should have been used-Blowing Wind, Brave Highlander and Papillon were all baulked and could hardly be said to have refused.
Letter: Angered by BBC Aintree coverage
ANNAMORE BLAZE T2 (05.23) always led, checked first, rails to middle 29.62, Xamax Tiger T6 (05.32) very slow away, baulked first, wide second 29.72; 11.
WILLIAM HILL DERBY TRIALS LATEST