[bā]
(aerospace engineering)
A space formed by structural partitions on an aircraft.
(architecture)
Division of a building between adjacent beams or columns.
(botany)
Laurus nobilis. An evergreen tree of the laurel family.
(computer science)
drive bay
(electromagnetism)
One segment of an antenna array.
(engineering)
A housing used for equipment.
(geography)
A body of water, smaller than a gulf and larger than a cove in a recess in the shoreline.
A narrow neck of water leading from the sea between two headlands.
(geophysics)
A simple transient magnetic disturbance, usually an hour in duration, whose appearance on a magnetic record has the shape of a V or a bay of the sea.
McGraw-Hill Dictionary of Scientific & Technical Terms, 6E, Copyright © 2003 by The McGraw-Hill Companies, Inc. 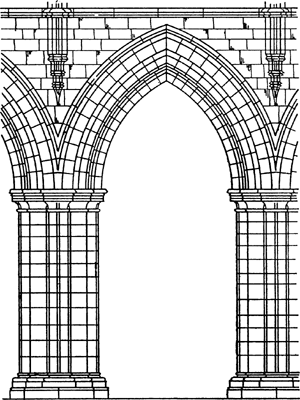 bay of an arcade
1. Within a structure, a regularly repeated spatial element defined by beams or ribs and their supports.
2. A protruded structure with a
McGraw-Hill Dictionary of Architecture and Construction. Copyright © 2003 by McGraw-Hill Companies, Inc.

Common examples are a "drive bay" into which a disk drive (usually either 3.5 inch or 5.25 inch) can be inserted or the space in a docking station where you insert a notebook computer or laptop computer to work as a desktop computer or to charge their batteries, print or connect to the office network, etc.
This article is provided by FOLDOC - Free Online Dictionary of Computing (foldoc.org)

A networking products company formed in 1994 as a merger of SynOptics Communications, Santa Clara, CA and Wellfleet Communications, Billerica, MA. The name was derived from their locations: the California Bay and the Bay State. At the time of the merger, SynOptics was number #1 in hubs, and Wellfleet was number #2 in routers. In 1998, Nortel acquired Bay and made it a division of the company, then later absorbed it entirely. In addition to an extensive product line for enterprises and carriers, Bay Networks brought thousands of experienced IP professionals into Nortel. The acquisition so profoundly affected the company that it officially added "Networks" to its corporate identity to become "Nortel Networks." See Nortel Networks.

Half-Height vs. Full-Height
Drive bays today are "half-height" drives that are 1 5/8" high. The half-height designation is because the bays used to be 3.25" high ("full-height") to hold the floppy and hard drives in the first personal computers.