beet, biennial or annual root vegetable of the family Chenopodiaceae (goosefoot family). The beet (Beta vulgaris) has been cultivated since pre-Christian times. Among its numerous varieties are the red, or garden, beet, the sugar beet, Swiss chard, and several types of mangel-wurzel and other stock feeds. Both the roots and the foliage of the red beet are edible, as is the foliage of Swiss chard and similar varieties. The easily stored roots of the mangel-wurzel [Ger.,=beet root] are much used for fodder in Europe and Canada and to a lesser extent in the United States. The biennial beet is often used in crop rotation. The foliage of the sugar beet and several other varieties is also used as feed. The sugar beet, cultivated commercially throughout the temperate zone, to which it is well adapted, provides about one third of the world's commercial sugar production; virtually all the rest comes from sugarcane. In the United States, sugar beets are grown extensively from Michigan to Idaho and in California, accounting for more than half of United States sugar production. Since the 18th cent. selective breeding has raised the root's sucrose content from 2% or 4% to 15% and even 20%. The extracted beet sucrose, dissolved in water, is refined and granulated, much like cane juice, to make sugar. Beets are classified in the division Magnoliophyta, class Magnoliopsida, order Caryophyllales, family Chenopodiaceae.
The Columbia Electronic Encyclopedia™ Copyright © 2022, Columbia University Press. Licensed from Columbia University Press. All rights reserved. 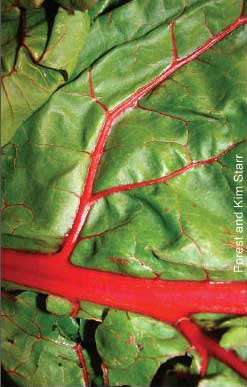 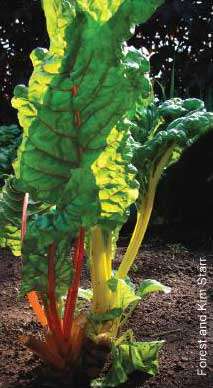 1. any chenopodiaceous plant of the genus Beta, esp the Eurasian species B. vulgaris, widely cultivated in such varieties as the sugar beet, mangelwurzel, beetroot, and spinach beet
2. the leaves of any of several varieties of this plant, which are cooked and eaten as a vegetable
3. red beet the US name for beetroot
Collins Discovery Encyclopedia, 1st edition © HarperCollins Publishers 2005

Feedback
Flashcards & Bookmarks ?
Please log in or register to use Flashcards and Bookmarks. You can also log in with
Flashcards ?
My bookmarks ?
+ Add current page to bookmarks
Mentioned in ?
References in periodicals archive ?
The need for a large modernisation led the owner, by this time the British Sugar Corporation, to close the factory which sliced its last beet in January 1972 after a fight by the Scottish NFU.
Days when sugar beet played important role in food chain; Scottish agriculture is playing its part in producing green energy with wind turbines and hydro schemes being erected, along with energy crops of grass and cereal crops being grown for anaerobic digesters. Sugar beet is also being grown for energy. Pete Small explains how it was once an important part of the food chain here in Scotland
However, consuming high amounts of either beet or cane sugar can contribute to weight gain and the development of chronic conditions, such as diabetes, heart disease and liver problems.
Beet sugar vs cane sugar: Here's which one is healthier
Salt treatments: Sugar beet plants were tested against five salinity levels.
IONS ACCUMULATION, PROLINE CONTENT AND JUICE QUALITY OF SUGAR BEET GENOTYPES AS AFFECTED BY WATER SALINITY
Reduce your risk of Alzheimer's - beets are brain food, and eating them may slow the effects of dementia, which is resulting from nerve harm and loss of nerve cells in the brain.
Health Benefits of Beetroot Greens
Beets have a rich nutritional profile that provides a plethora of health benefits.
7 Surprising Ways Eating More Beets Helps You Live Longer
Many athletes consume large quantities of beets to get these benefits.
Simple powder supercharges your circulation and energy levels
Try look for the smaller beets as opposed to the large ones, they are a lot sweeter.
In season: Beetroot
Sugar beet is also high in bio-flavonoids and has half sweetness than sucrose therefore more suitable for hyperglycemic patients (Vulic et al., 2012).
Biochemical characterisation and dietary fibre analysis of sugar beet supplemented cookies
The health benefits of dietary nitrate intake, especially from beet juice, has been the focus of many previous studies.
Beet juice may boost muscle strength in heart failure patients: nitrates in beet juice are among its many benefits. Research suggests it may help improve exercise tolerance in individuals with heart failure
Raw Material (Carrot, Sugar Beet and Mint): For the extracting of RTS, beverages selected fresh, uniform and fully matured roots of Carrot and, Sugar Beet.
Development and qualitative evaluation of carrot, sugar beet and mint based RTS stored at refrigerator condition
Ten days before a triathlon, Lauren Goss is reaching for beet juice, a popular companion on the endurance circuit.
Your new endurance boost? Beet juice
Transmitted by small insects called beet leafhoppers, the curly top virus courses through the phloem of susceptible beet plants, wreaking cellular havoc that can manifest as yellow, inwardly curled leaves; stunted growth; and other telltale symptoms.
New sugar beet resists curly top virus