In early 18th-century England, boxing, with the aid of royal patronage in the form of betting or offering prizes, became organized. James Figg, the first British champion (1719–30), opened a School of Arms, which attracted numerous young men to instruction in swordplay, cudgeling, and boxing—the “manly arts of self-defense.” After delivering a fatal blow in a bout, Jack Broughton drew up (1743) the first set of rules. Though fights still ended only in knockout or resignation, Broughton's rules moderated the sport and served as the basis for the later London Prize-ring Rules (1838) and Queensbury Rules (1867). The latter called for boxing gloves, a limited number of 3-min rounds, the forbidding of gouging and wrestling, a count of 10 sec before a floored boxer is disqualified, and various other features of modern boxing.

Until late in the 19th cent., American fighters established their own rules, which were few. Early matches, some of them free-for-alls, featured biting and gouging as well as punching. In most instances they were also illegal. In 1888, John L. Sullivan, a bare-knuckle champion and America's first sports celebrity, won a clandestine 75-round match.

New York legalized boxing in 1896, and other states soon followed suit. Although the reign (1910–15) of the first African-American heavyweight champion, Jack Johnson, disturbed the segregated society of the time, and although many continued to question boxing's social purpose, its inclusion in the Olympic games in 1904, its use for military training in World War I, its emergence as a source of discipline for youth, its regulation by state commissions, and its suggestion of national vitality strengthened its claims to legitimacy and bolstered its popularity through the 1920s and 30s. Heavyweight (over 190 lb/86.3 kg) champions Jack Dempsey (1919–26) and Joe Louis (1937–49) were national heroes, Louis becoming one of the first black athletes to gain wide popularity.

Since World War II, boxing has proceeded amid corruption and, at times, chaos. Rising admission prices, restriction of title fights to closed-circuit television, the proliferation of organizations claiming to sanction fights and proclaim champions, financial scandals, ring injuries and deaths, monopolistic practices by promoters, and claims of exploitation of lower-class fighters have threatened its appeal, yet the sport continues to attract huge audiences and investment. Great fighters like Muhammad Ali elicit admiration and fascination, while controversy surrounds others like the repeatedly imprisoned Mike Tyson. 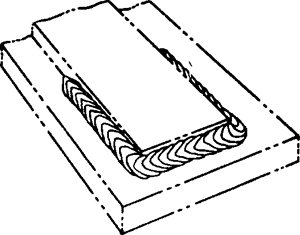 Feedback
Flashcards & Bookmarks ?
Please log in or register to use Flashcards and Bookmarks. You can also log in with
Flashcards ?
My bookmarks ?
+ Add current page to bookmarks
Mentioned in ?
References in periodicals archive ?
(file:///D:/vit%20backup%20files/IBT%20Australia%202014/Articles/April%202014/April%2020-22/Boxing%20News%202014%20Philippine%20Taxwoman%20Has%20Lesser%20to%20Collect%20from%20Pacquiao%20Since%20Live%20Gate%20Receipts%20of%20Saturday%20Rematch%20Lower%20at%2078%20Million.docx) Boxing News 2014: Philippine Taxwoman Has Lesser to Collect from Pacquiao Since Live Gate Receipts of Saturday Rematch Lower at $7.8 Million
(file:///D:/vit%20backup%20files/IBT%20Australia%202014/Articles/April%202014/April%2020-22/Boxing%20News%202014%20Philippine%20Taxwoman%20Runs%20Not%20Only%20After%20Pacquiaos%2020M%20Purse%20But%20Also%20After%20Winning%20Bettors%20in%20Saturday%20Rematch.docx) Boxing News 2014: Philippine Taxwoman Runs Not Only After Pacquiao's $20M Purse But Also After Winning Bettors in Saturday Rematch
Boxing News 2014: Is Justin Bieber a Secret Fan of Manny Pacquiao?
And she plans to use the notoriety to boost boxing as a sport.
Marvis Frazier, who operate Joe Frazier's Gym, a premier facility for training boxers in Philadelphia, Jacqui's pro boxing record is 6-0 with six knockouts.
Blow-by-blow