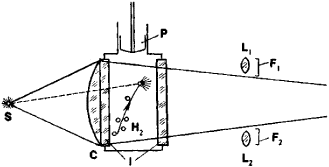 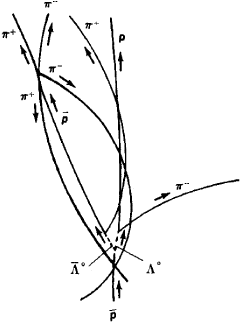 Feedback
Flashcards & Bookmarks ?
Please log in or register to use Flashcards and Bookmarks. You can also log in with
Flashcards ?
My bookmarks ?
+ Add current page to bookmarks
Mentioned in ?
References in periodicals archive ?
The PICO bubble chamber, installed 6,800 feet underground at the Canadian laboratory SNOLAB, is designed to find the elusive, neutrally charged WIMPs that might take years to make an appearance.
Scientists working on the PICO experiment had to also make sure, by calibrating the heat and pressure in the bubble chamber, that the detector was sensitive only to WIMPs and not other background signals, such as those from electrons and gamma rays.
Using Bubbles To Find Dark Matter
Amole et al., "Dark matter search results from the PIC0-60 CF3I bubble chamber," Physical Review D, vol.
Amole, "Dark Matter Search Results from the PIC0-2L C3F8 Bubble Chamber," Phys.
Optimization of Dimensions of Cylindrical Piezoceramics as Radio-Clean Low Frequency Acoustic Sensors
However the expansion of the bubble chamber was linked to the beam passage: the switching off of the acceleration of the primary particles was used to command it.
When the liquid is brought to a temperature and pressure, where, according to its phase diagram, it should be gaseous but maintains the liquid phase, it is said to be "superheated" The difference in pressure between the vapor pressure and the operating pressure of a bubble chamber is known as "degree of superheat"
Searches for dark matter with superheated liquid techniques
Since liquids are denser than gases, a speeding particle will slow more quickly in a bubble chamber than in a cloud chamber, curve more intensely, and reveal its properties more clearly.
By 1953 Glaser had made his bubble chamber a practical reality and they have been an indispensable tool of subatomic investigations ever since.
Bubble chambers
The observation that ionizing particles don't generate bubbles in beer but produce them in copious quantities in a liquid-hydrogen bubble chamber isn't a complete surprise.
Particle beams, bubbles and beer
Works in his Turner exhibition - each of the four artists is invited to put on a display - included two virtually identical paintings, which differed only in the words scrawled across them describing simultaneous events through his-tory, called Bubble Chambers: 2 Discrete Molecules of Simultaneity.
Artist inspired by science wins Turner Prize
Bubble chambers (see 1953) had turned out to be very useful, especially for the detection of ultra-short-lived particles.
Spark chamber
Such an arrangement, which ended reliance on photographed particle tracks in bubble chambers and inaugurated the age of electronic particle detection, allowed physicists to pinpoint individual particle trajectories with improved precision while handling hundreds of thousands of such events per second.
Electron chemistry, detector physics