[′sen·tər əv ′presh·ər ‚kō·ə′fish·ənt]
(aerospace engineering)
The ratio of the distance of a center of pressure from the leading edge of an airfoil to its chord length. 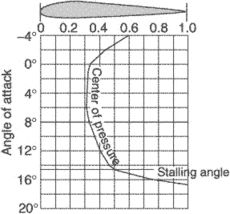 Movement of center of pressure in relation to angle of attack. 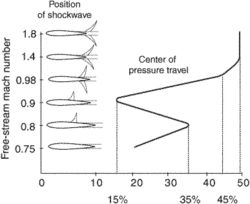