, county, Ireland
Cork, county, 2,881 sq mi (7,462 sq km), SW Republic of Ireland. Cork is the county seat. Largest of the Irish counties, it has a rocky and much-indented coastline (Bantry, Dunmanus, Roaringwater, Courtmarsherry, Clonakilty, and Youghal bays, and Kinsale and Cork harbors). The interior has wild rugged mountains rising as high as 2,239 ft (682 m) and fertile valleys (notably of the Bride, the Blackwater, the Lee, and the Bandon). The main occupations are farming (dairying, raising livestock, and growing grains and sugar beets) and fishing. There is a growing manufacturing sector, centered around the city of Cork, which includes products as diverse as tweed cloth and electronic components. There is a large oil refinery at Whitegate. Cóbh is an important transatlantic harbor. Tourism is important, and notable attractions include prehistoric remains (dolmens and stone circles), the ruins of medieval abbeys and churches, and Blarney Castle.

, city, Ireland
Cork, city, county town of Co. Cork, S Republic of Ireland, on the Lee River near its mouth on Cork Harbour. The oldest part of the town rests on an island between the north and south branches of the Lee, which is crossed by numerous bridges. Exports are largely farm produce (dairy products, grain, livestock), cloth, and fish. Imports include coal, raw materials, fertilizers, grain, machinery, and automobile parts. Machinery, chemicals, processed foods, whiskey, and rubber, leather, cotton, and woolen products are manufactured. There are also oil storage depots, a power station, and an international airport. In the 9th cent. the Danes occupied Cork and walled it. Dermot MacCarthy ousted the Danes and in 1172 swore allegiance to Henry II of England. Oliver Cromwell occupied Cork in 1649, and the duke of Marlborough in 1690. Many public buildings were destroyed in the nationalist disturbances of 1920, and the Sinn Féin lord mayor was murdered by the British constabulary. Terence MacSwiney succeeded him and died in jail in London after a hunger strike. Educational institutions include University College (constituent college of the National Univ. of Ireland) and a school of art. The Protestant St. Finbarr's Cathedral, the Roman Catholic cathedral, the Church of St. Ann, and the Carnegie Library are noteworthy.

, in botany
cork, protective, waterproof outer covering of the stems and roots of woody plants. Cork is a specialized secondary tissue produced by the cork cambium of the plant (see meristem, bark). The regularly arranged walls of cork cells are impregnated with a waxy material, called suberin, that is almost impermeable to water or gases. Commercial cork, obtained from the cork oak, is buoyant in water because of the presence of trapped air in the cavities of the waterproof dead cells. It is also resilient, light, chemically inert, and, because of the suction cup action of the cut cells, adhesive. These qualities make cork valuable for bottle stoppers, insulating materials, linoleum, and many household and industrial items.
The Columbia Electronic Encyclopedia™ Copyright © 2022, Columbia University Press. Licensed from Columbia University Press. All rights reserved.

The lightweight elastic bark of the cork oak tree; used primarily to produce floor tile and sound insulation board.
Illustrated Dictionary of Architecture Copyright © 2012, 2002, 1998 by The McGraw-Hill Companies, Inc. All rights reserved
The following article is from The Great Soviet Encyclopedia (1979). It might be outdated or ideologically biased.

a city in southern Ireland, in historic Munster Province, on the Lee River, near its mouth on the Atlantic Ocean (Cork Harbor). Population, 220,000 (1970, with suburbs). Cork is a transportation hub, a major ocean port, and an industrial center. A considerable part of the industry is connected with the processing of agricultural raw materials, primarily for export— for example, meat packing, flour milling, and the leather and wool industries. There are also steel mills, electrical engineering and chemical enterprises, tractor and automobile plants, and ship repair docks. Cork is the site of University College. 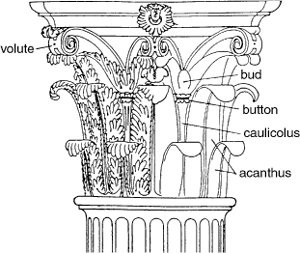 Corinthian capital
The outer bark of the cork oak tree; lightweight, used as thermal insulation, for gaskets, and in vibration control.
McGraw-Hill Dictionary of Architecture and Construction. Copyright © 2003 by McGraw-Hill Companies, Inc.

1. the thick light porous outer bark of the cork oak, used widely as an insulator and for stoppers for bottles, casks, etc.
2. an angling float
3. Botany a protective layer of dead impermeable cells on the outside of the stems and roots of woody plants, produced by the outer layer of the cork cambium

Feedback
Flashcards & Bookmarks ?
Please log in or register to use Flashcards and Bookmarks. You can also log in with
Flashcards ?
My bookmarks ?
+ Add current page to bookmarks
Mentioned in ?
References in periodicals archive ?
LAST YEAR I had the opportunity to visit the Portuguese cork forests and watch the bark harvest first hand.
A Competitive Closure Market Benefits Wineries and Consumers
Push in the stick for the neck on the top part of the cork.
Reindeer and pine trees
Since cork is a natural product the quality is not always the same.
Portugal: world champion of everything cork
In addition to a cork art competition, there will also be a photography competition and other art-related events, she said.
Corky creativity: Vinifest calls for art projects made from corks
Champagne cork mishaps can lead to a variety of serious eye injuries, including rupture of the eye wall, acute glaucoma, retinal detachment, ocular bleeding, dislocation of the lens, and damage to the eye's bone structure.
Flying champagne corks can cause serious, blinding eye injuries
You can use a variety of bead shapes, colors and sizes to build your corks. If you fish a lot of muddy water, you can even utilize a combination of glass and brass beads that will transmit more sound into the water.
Rattle up your fish: construct your own rattling cork system
In this paper two of types of agglomerated corks (medium and low density) and sandwich panels are studied for its shear strength and hygrothermal properties.
Study of mechanical and hygrothermal properties of agglomerated cork/Aglomeratinio kamscio mechaniniu ir hidroterminiu savybiu studija
The cork producers, mainly in Portugal, claim moving away from corks will decimate their cork forests and wildlife, but actually most of the cork forest output ends up as flooring and other industrial products so that argument sounds a little bit like eco-blackmail.
Age old argument exploded; Raise AGlass
Cork oak trees--which grow primarily in Europe and North Africa--are stripped, not chopped.
Pop those corks
At the Berkeley, CA Whole Foods, just a few weeks into Cork ReHarvest's nationwide launch, few people seemed to be aware of these unsettling cork facts, let alone that Whole Foods offers a place for them to recycle corks.
Stick a cork in it
The faster corks go out of fashion, the better it is for the consumers -- these natural stoppers are responsible for 5 per cent of wines acquiring cork taint and becoming unfit for drinking.
Time to say goodbye to cork taint