cricket, common name of the slender, chirping, hopping insects forming the family Gryllidae in the order Orthoptera. Most crickets have long antennae, muscular hind legs for jumping, and two pairs of fully developed wings. In some subfamilies the wings are reduced or absent.

In addition to the true crickets of the family Gryllidae, insects of the family Gryllacrididae are also called crickets. These are the cave, or camel, crickets, found throughout the world in dark, moist places, and the stone, sand, or Jerusalem crickets of W North America, found under stones in sandy soil. Mole crickets (genus Gryllotalpa, family Gryllotalpidae) are nocturnal insects that have strong front legs adapted for digging and burrowing rather than strong hind legs for jumping. They live in moist soil. All crickets belong to the phylum Arthropoda, class Insecta, order Orthoptera.

At each wicket stands a batsman. If the opposing bowler, delivering the ball from near the opposing wicket, knocks down the bails of the batsman's wicket, the batsman is retired. In delivering the hard, leather-covered ball, the bowler throws overarm but may not bend the arm, and the ball usually approaches the batsman on one bounce. After six bowls to one batsman, an umpire (there is one at each wicket) calls “over,” and another bowler begins bowling to the batsman's partner at the opposing wicket. The players in the field shift position according to the batsmen.

If the batsman hits the ball with his willow paddle-shaped bat far enough so that both batsmen may run to exchange places, a run is scored. When the ball is hit a long distance (in any direction, since there are no foul lines), up to four exchanges or runs may be made. (If the ball crosses the boundary of the field on the ground, four runs are scored automatically; if it clears the boundary in the air, six are scored.) However, if the opposing team recovers the ball and uses it to knock down the bails of a wicket before the batsman reaches it, the batsman is out. A batsman is also retired if an opposing fielder catches a batted ball on the fly (as in baseball), or for any of several more technical reasons. An outstanding turn at bat may result in more than 100 runs, a “century.”

In Great Britain the principal cricket matches are those between the universities (especially Oxford and Cambridge) and between largely professional teams representing the English counties. Among international, or test, matches (begun 1877), the most famous is that between Australia and Britain for the “Ashes.” Since the 1970s the West Indies (a team assembled from several nations), India, Pakistan, and South Africa have challenged English and Australian claims to world dominance. 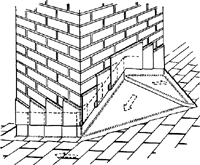 Feedback
Flashcards & Bookmarks ?
Please log in or register to use Flashcards and Bookmarks. You can also log in with
Flashcards ?
My bookmarks ?
+ Add current page to bookmarks
Mentioned in ?
References in periodicals archive ?
The new structure will give importance to club cricket, provide the best cricketing environment to young talented cricketers, reward top performers, create employment opportunities to former cricketers and qualified coaches, and bridge the gap between domestic and international cricket.
PCB unfolds ambitious domestic cricket season structure
In the first tier, the 90 city cricket associations will be responsible for organising club and school cricket in their respective jurisdictions and subsequently forming their city cricket teams.
Sports: Cricket: PCB unveils domestic cricket structure
Under the previous constitution, the existing board of governors of the PCB was supposed to continue for a period until, at least, four members of the BoG are notified from among a pool of seven members (three cricket associations and four independent members).
LHC suspends newly-approved PCB constitution
The six-camera live-stream will cover all tournament games at Forfarshire Cricket Club including the two semi-finals and the final, providing an opportunity for fans to engage with the tournament and follow the battle for the ICC Women's T20 World Cup 2020 two qualification spots.
The ICC to live stream ICC Women's T20 World Cup Qualifier matches for first time ever - Press Release issued by International Cricket Council
a) Three members being Presidents of the Cricket Associations
PCB Constitution 2019 comes into effect
The PCB press release further states: 'The Pakistan Cricket Board (PCB) received notification from the Ministry of IPC, confirming the Cabinet division's approval of the new PCB Constitution 2019, which came into effect on 19th August 2019.
BoG to have ten members, says new PCB constitution
'Women's cricket continues to go from strength to strength, and we are delighted and honoured the Commonwealth Games Associations voted to include Women's T20 cricket at Birmingham 2022.
CRICKET-COMMONWEALTH-Women's T20 set for Birmingham Games
Last played in 1900, the sport's Olympic return has been on the agenda of the International Cricket Council (ICC) but India's powerful board (BCCI) feared that cricket might lose its autonomy and be answerable to the country's Olympic committee.
Cricket could feature in 2028 Olympic games
He said that all measures would be taken to provide better infrastructure in the cricket stadium
Quetta to host PSL matches in near future: PCB MD hints
The Task Force on cricket had forwarded its recommendation to the prime minister for reforms in domestic cricket structure.
PM Imran Khan approves new domestic cricket structure
The innovative packaging design represents elements from the sport of cricket along with iconic monuments from England & Wales.
Seagram's Royal Stag launches limited-edition Cricket World Cup Pack
[ClickPress, Tue Apr 30 2019] Cricket, the quintessential 'gentleman's game' was largely spread by the British during the days of empire.
Cricket Gloves Market: Swelling Demand to Influence Revenue Share during 2017-2022