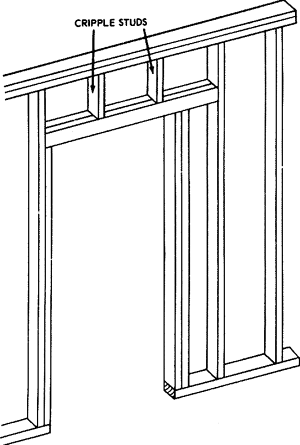 cripples, 1
1. A standard or rule on which a decision or judgment may be based, forming the basis for the establishment of acceptable limits of environmental conditions in buildings.
2. An established code, measure, norm, or rule upon which a decision may be based.
McGraw-Hill Dictionary of Architecture and Construction. Copyright © 2003 by McGraw-Hill Companies, Inc.

Feedback
Flashcards & Bookmarks ?
Please log in or register to use Flashcards and Bookmarks. You can also log in with
Flashcards ?
My bookmarks ?
+ Add current page to bookmarks
Mentioned in ?
References in classic literature ?
But by his own confession in the above passage, his criterion for distinguishing them is not always adequate.
But I believe that this criterion fails in very much the same instances as those in which Hume's criterion fails in its original form.
The cases of dreams and fever-delirium are as hard to adjust to Professor Stout's modified criterion as to Hume's.
View in context
On trying the Constitution by this criterion, it falls under the NATIONAL, not the FEDERAL character; though perhaps not so completely as has been understood.
View in context
Thus comparing the outcome of the two GDM groups diagnosed only by one single criterion is needed.
Comparing the Diagnostic Criteria for Gestational Diabetes Mellitus of World Health Organization 2013 with 1999 in Chinese Population
A -850mVcse polarized potential criterion, typically measured as an instant-off potential, when the cathodic protection current is interrupted, was included along with the original -850mVcse "current-applied" criterion.
Examining the controversy surrounding the -850mV CP criteria
2) "brain death" as a criterion for determining the death of a person "is perhaps justification in the context of organ donation and transplantation."
Life and death and the organ donor
It would seem an obvious criterion to most librarians struggling with budgets that are inadequate to provide for the purchase of the never-ending flow of desirable information products.
Electronic Resources: Are Basic Criteria for the Selection of Materials Changing?
The authors argue that, from an ethical standpoint, the best single criterion upon which one can base an allocation decision is that of merit, defined as the potential to benefit from the investment of additional resources.
The cost of care: two troublesome cases in health care ethics. (Resource Allocation)
Meeting the purpose criterion demonstrates that the activity's purpose includes accomplishing program or management and general functions.
How to report a joint activity
Furthermore, to better explain action pattern differences of these student groups, a step-wise discriminant analysis was conducted using membership in student clusters as the criterion variable and the 21 actions as predictors.
Evaluating clinical problem-solving skills through computer simulations