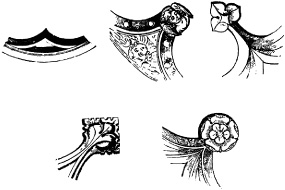 Feedback
Flashcards & Bookmarks ?
Please log in or register to use Flashcards and Bookmarks. You can also log in with
Flashcards ?
My bookmarks ?
+ Add current page to bookmarks
Mentioned in ?
References in periodicals archive ?
Depositional contacts are cuspate and concave towards the sea while erosional contacts are linear and sub-parallel to the modern shore.
Section III: Earth & atmospheric sciences
Continued sedimentation and the slowing of coastal progradation during the Cuspate Phase, c.
Climate variability in the mid to late Holocene Arnhem Land region, North Australia: archaeological archives of environmental and cultural change