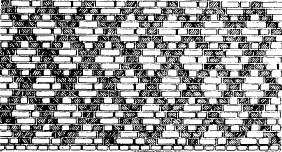 Feedback
Flashcards & Bookmarks ?
Please log in or register to use Flashcards and Bookmarks. You can also log in with
Flashcards ?
My bookmarks ?
+ Add current page to bookmarks
Mentioned in ?
References in periodicals archive ?
Many artisans have left the diamond work and have start working with computerized embroidery as diamond units were bearing heavy losses.
Diamond workers turn to embroidery for lucrative opportunities
Jamie Spencer's tactics aboard Sri Diamond work a treat as the pair have just enough in reserve to hold off Grand Passion (second left) and Nayyir (right)
Derby: I LOVE IT WHEN A PLAN COMES TOGETHER; LINGFIELD
These include diamond work in Angola and Zaire, graphite in Mozambique and platinum, nickel and iron ore in Zimbabwe.
Bateman - global project engineering
Bernholc's ab initio models of recent epitaxial diamond work using chloro- and hydrocarbon materials as precursors reveal an overcrowding of the crystal lattice which could lead to a metallic, rather than semiconducting, behavior.
Diamond films being explored for electronic applications
Ellison was unruffled and, after watching Carte Diamond work at Sandown racecourse, said: "It doesn't bother me.
Ellison unfazed by furore over Carte inclusion
Eriksson picked his best 11 against Japan, which made their apparent inability to make the diamond work more worrying.
Football: Euro 2004: DIAMONDS ARE FOREVER; 9 DAYS TO THE BIG KICK-OFF: SVEN SAYS ENGLAND CAN STILL CUT IT Jolted by Japan . . but Eriksson is sure we're in good shape to shine brightly against France
Nicky Butt made the midfield diamond work, sitting at the base in front of the back four and doing all the ugly jobs that have to be done, especially with Beckham off-colour by his normal standards.
FOOTBALL: ROON WITH A PHEW!; Sven gamble pays off as Wayne leads England home
Heather Bennett, a spokeswoman for Round Lake Area Unit School District 116, said Diamond worked for the district as a contract occupational therapist as recently as the 2017-18 school year.
Meeting on Hawthorn plan:
DProducing and packing 90 million matches a week with bombs raining down around them, the 1,200 workers of The Diamond Works lived life on a knife-edge.
Diamond Girls and The Matchy; pastlife THE huge Bryant and May Diamond Match Factory - known as The Matchy and situated on Linacre Lane in Litherland - was destroyed in the May blitz of 1941. Author KATE THOMPSON celebrates the factory workers who inspired her new book, The Allotment Girls
Fitzgerald after the British Open, and Diamond worked for him the rest of the year.
McIlroy maps return leading to the Masters
There was plenty to be pleased about Mesa on the ball, definitely adding something as a diamond worked here, yet he brings about the conundrum facing Clement.
SWANS INCH FORWARD... BUT THEY NEED WINS