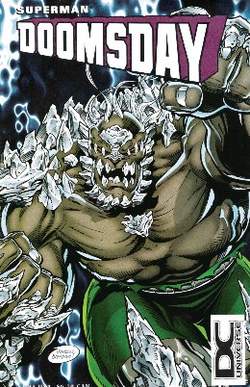 Feedback
Flashcards & Bookmarks ?
Please log in or register to use Flashcards and Bookmarks. You can also log in with
Flashcards ?
My bookmarks ?
+ Add current page to bookmarks
Mentioned in ?
References in classic literature ?
We said WE meant to have a church, if the men meant to quarrel till doomsday, and we were tired of being a laughing-stock for the Methodists.
View in context
Bounderby replied, 'If I waited to be taken care of by my wife, ma'am, I believe you know pretty well I should wait till Doomsday, so I'll trouble you to take charge of the teapot.' Mrs.
View in context
If our trumpeter can borrow a note from the doomsday trumpet blast, let him sound it now.
View in context