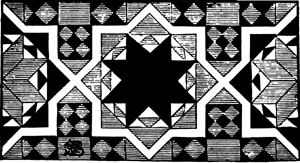 emblemata
A type of inlaid work used by the early Romans to embellish floors, panels, and the like.
McGraw-Hill Dictionary of Architecture and Construction. Copyright © 2003 by McGraw-Hill Companies, Inc.

Feedback
Flashcards & Bookmarks ?
Please log in or register to use Flashcards and Bookmarks. You can also log in with
Flashcards ?
My bookmarks ?
+ Add current page to bookmarks
Mentioned in ?
References in periodicals archive ?
The uses of Daniel Cramer's Emblemata Saicra are the subject in Sabine Modersheim's contribution to the volume.
The Emblem in Scandinavia and the Baltic
Not many conferences give rise to two significant publications, but this is the case with the conference on Emblemata Sacra: Rhetoric and Hermeneutics in Illustrated Religious Literature hosted in 2005 by the Katholieke Universiteit Leuven and the Universite Catholique de Louvain.
Emblemata Sacra: Rhetorique et hermeneutique du discours sacre dans la litterature en images
Of especial value in this regard is the analysis of Sambucus's own theoretical preface, which is at once perhaps the best-known but most difficult part of the Emblemata. Significantly, we are encouraged to envisage different objectives and motivations in the framing of the preface from those that animated the rest of the text and its images.
Joannes Sambucus and the Learned Image: The Use of the Emblem in Late-Renaissance Humanism
'Vanitas' y deconstruccion de la idea de mundo en la emblematica espanola hacia 1580." Emblemata aurea.
Los trabajos de Persiles y Sigismunda: una critica cervantina de la alegoresis emblematica
The father of emblem literature was the 16th-century Italian lawyer and humanist Andrea Alciato, whose Emblemata (Latin; 1531) appeared in translation and in more than 150 editions.
emblem book
Graffiti's character (Barthes would say its genius) is t strike against form, ensuring a field in which the only way the image of the body can survive is as part-object, a concatenation of obscene emblemata, the genital splatter that Twombly went on to enact in his Roman paintings from the early '60s.
Cy was here; Cy's up
Typographorum Emblemata: The Printer's Mark in the Context of Early Modern Culture
Typographorum Emblemata: The Printer's Mark in the Context of Early Modern Culture
A small sampling of article topics: emblematics in ornithology in the 16th and 17th centuries, emblems in the baroque poem The Dream by Sor Juana Ines de la Cruz, and meters in Alciato's Emblemata. The three editors assisting Graham are based in the UK, Canada, and the US.
Emblematica; an interdisciplinary journal for emblem studies; v.18