river, 80 mi (129 km) long, rising in three forks in the Sierra Nevada, uniting N of Oroville, Calif., and flowing S into the Sacramento River, N of Sacramento, Calif. The Feather River basin was a rich source of gold in the mid-1800s. The Feather River project (1957–68), which includes Oroville DamOroville Dam,
770 ft (235 m) high and 7,600 ft (2,317 m) long, on the Feather River, N Calif., near the city of Oroville. The highest dam in the United States and the largest unit of the Feather River project, the dam was built (1957–68) to provide electric power, drinking
..... Click the link for more information. , furnishes central and S California with water and provides flood control, recreation, and hydroelectricity in the river basin.
The Columbia Electronic Encyclopedia™ Copyright © 2013, Columbia University Press. Licensed from Columbia University Press. All rights reserved. www.cc.columbia.edu/cu/cup/ 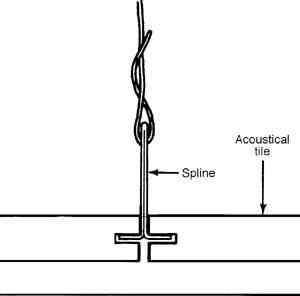 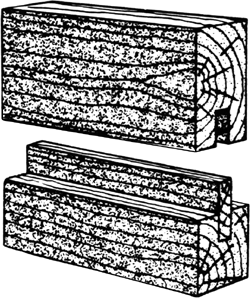 Feedback
Flashcards & Bookmarks ?
Please log in or register to use Flashcards and Bookmarks. You can also log in with
Flashcards ?
My bookmarks ?
+ Add current page to bookmarks
Mentioned in ?
References in periodicals archive ?
Feathery produced her most impressive display over this mile trip on quick ground when slamming Yeah Baby Yeah by three and a half lengths off a mark of 78 in Class 4 company at Thirsk in May and the runner-up franked that form by winning twice in a higher grade since.
Have a tickle on Feathery for fillies' supremo Fellowes
Guests can be shown how to prepare them, by cutting off their feathery venomous dorsal and pectoral fins with scissors, taking care not to get pricked, which can result in painful swelling and breathing difficulties.
Too many lionfish in the sea; HANNAH STEPHENSON takes part in an unusual fishing dive in jamaica
These feathery five are all looking for loving new homes and we would like to keep them in a pair and a three.
PETWATCH
They looked furry, not feathery. When they got bigger, they had more feathers.
Doves at our front door
palmatum 'Garnet', a feathery deep red type which grows to around 2m and whose leaves turn a vivid lighter red in autumn, and A.
Autumn glory is most beautifully illustrated by the Japanese maple, whose leaves turn to hues of burnt oranges and reds. Hannah Stephenson offers tips for success... THE OUTSIDERS
Nevertheless, in 2016, feathery brows will make their way into the beauty world.
Incoming trends to watch out for
At only 1.8 ounces, it's feathery. That's a 12-gauge shell in the pic for size.
CRKT sting
Olivia Munn Looking like a pretty ballerina, Olivia's Black Swan-inspired look is a feathery wonder.
Groomed& Doomed Groomed& Doomed; feathers. Stars have taken inspiration from our birdie friends. But whose look should just fly south for the winter?
At 31.5" axle to axle, it has the company's carbon Knight[TM] Riser, which keeps the weight down to a feathery 3.3 lbs.
BOWTECH[R] shifts into high gear
The sun was sinking behind Mount Malasimbo in Oriental Mindoro when a dead ringer for actor Morgan Freeman walked out of a clearing lugging two days' worth of food for his family: a giant elephant ear taro called San Antonio, feathery clusters of wild mushrooms, edible leaves from towering forest trees, and dozens of tiny unripe green bananas.
Time travel in Puerto Galera
Add plants with a fine and feathery structure, such as asters or cosmos, which play with the light.
Adding a touch of texture; GARDENING Award-winning designer Luciano Giubbilei, who is creating the Laurent-Perrier show garden at this year''s RHS Chelsea Flower Show, reveals the secret to his showpieces