the Chinese art of determining the most propitious design and placement of a grave, building, room, etc., so that the maximum harmony is achieved between the flow of chi of the environment and that of the user, believed to bring good fortune
http://www.wofs.com/
http://www.fengshuisociety.org.uk/
http://www.fengshui-magazine.com/
Collins Discovery Encyclopedia, 1st edition © HarperCollins Publishers 2005 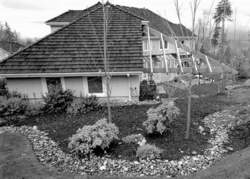 Feedback
Flashcards & Bookmarks ?
Please log in or register to use Flashcards and Bookmarks. You can also log in with
Flashcards ?
My bookmarks ?
+ Add current page to bookmarks
Mentioned in ?
References in periodicals archive ?
Co pointed out that feng shui is all about balance, about common sense and practicality.
Taking wise, vigilant steps to ward off 'hungry ghost'
'I started with a sculpture of the coin, showed it to the feng shui master, and he gave me his blessing,' Uychaco said.
Lizanne Uychaco and the art of luck
" bodytext0Marites, reportedly the only Filipino to be dubbed as a "Master of Feng Shui" by the International Feng Shui Association, adds, "I wish to say as well that coupled with lots of prayers, hard work and correct feng shui practice, you can achieve them all." bodytext0Read on as Marites gives her advice in the Year of the Earth Pig (or Earth Boar).
Feng shui advice in the Year of the Earth Pig
A wonderfully 'user friendly' primer "Feng Shui Plain & Simple" will be of special interest to readers with an interest in interior design, Chinese legend and lore, and the metaphysical creation of healing and harmonious living spaces.
Feng Shui Plain & Simple
Barbara Harwell is an experienced Feng Shui Master, Real Estate Mentor/Coach, Law of Attraction Facilitator, and Emotion Code Practitioner.
Finding the Right Coach for Your Holistic Business - the International Feng Shui Guild Announces a New Mentor Dictionary
The professional who has less experience about Feng Shui will also charge less fees.
5 Tips To Choose The Right Feng Shui Consultant
The first important feng shui principle is to keep energy flowing into and through rooms in a natural way.
Feng shui: Dear Sew News, I love making personalized home decor, but my creations never seem to flow well in my space. Help!
Although there's little hope the city will be vibrating with the energy of feng shui anytime this century, a series of seminars will help homemakers and designers start harmonizing living rooms and offices around the capital.
Feng shui brings harmony to Beirut
Ironically it was the same sceptic which made me the perfect candidate for a master class in feng shui. Fabulous.
Feng shui revisited with Grand Master Raymond Lo
Feng Shui is a system of beliefs stemming from ancient Chinese culture about how the environment and humankind interact (Koh, 2003; Kwok & O'Brien, 1991; Rossbach & Lin, 1998).
Priming attitudes toward Feng Shui
Feng Shui (pronounced Fung Shway) translates directly as "wind-water".
Workplace energy and Feng Shui
London, Jan 31 (ANI): The Beckhams are reportedly preparing for their fourth baby's arrival in the summer by giving their London and Los Angeles homes a feng shui makeover.
Becks, Posh redesigning their homes using feng shui